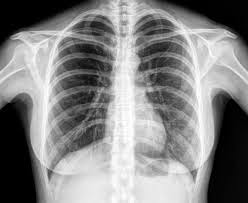 X-rays are electromagnetic radiation like light, but because of their greater energy, are able to penetrate materials but absorb or reflect visible light. It was discovered in 1895 and it has a widely used in medical, chiropractic diagnosis, dental, veterinary practice and industries.

When used for medical diagnosis, x-rays pass through the human body and are recorded on x-ray film or other imaging media. For example, during a computed tomography (CT) scan, the scanner construct images of the body from electronic detectors placed on the body and connect to a powerful computer, reproducing the image on a video screen.


X-rays images of the body are formed because the x-rays are absorbed to varying degrees by the different density tissues they encounter. Density tissues such as bone absorb more x-rays than the softer tissues of muscles and fat, which in turn absorbs more x-ray than air.

The x-ray absorb by the body during medical procedures releases energy to produce ionization. Ionization is the release of electrons from atoms and molecules which may then produce chemical and biological change.


The more x-rays absorb during an exposure, the greater the number of possible biological changes. X-rays photons carry enough energy to ionize atoms and disrupt molecule bonds. This makes it a type of ionizing radiation, and therefore harmful to living tissue. A very high radiation dose over a short amount of time causes radiation sickness, while lower doses can give an increased risk of radiation include cancer.

The risk of radiation is greater to unborn babies, and pregnant patients, so the benefits of the investigation (x-ray) should be balanced with the potential hazards to the unborn foetus.

It is advisable not to always go for x-ray as this turns a threat on the human body and reduces lifespan.