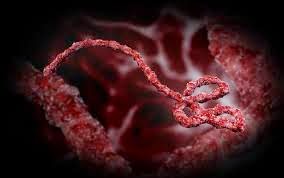 Though Ebola is certainly a terrible disease, other diseases once held a spot as the most terrifying diseases for their time.


Ebola Virus: Ebola is currently raging through West Africa at an unstoppable pace. Since March 2014, when the first cases of the virus were reported, it has gone on to infect over 6,300 people of whom 3,083 are now dead. It is suspected that the disease can infect 1.4 million by January 2015 if health experts do not figure out a way to control it.


Smallpox: this little fella has been around for at least 10,000 years until the disease, according to the World Health Organization, was eradicated in 1976. It is estimated that 300 million people died of Smallpox in the 20th century, but the really big downside is that its unlikely the disease has been eradicated and, even if it has, the Russians and the USA refuse to destroy their smallpox stocks in case of a bio-terrorist incident, what ever that means.


Sars: Severe Acute Respiratory Syndrome as it’s hilariously referred to; Not only just ten years old, this is the youngest of our viruses, though no less aggressive. It could be argued that if the Chinese authorities had alerted the WHO immediately, i.e., not virtually ignoring it for three months, it wouldn’t have been the pandemic it became. Within a few week of its outbreak, SARS has spread to 37 countries, 4 cases in the UK infecting over 8,098 people and killing 774 of them.


Tuberculosis: usually attacking the lungs. This disease is spread by airborne saliva. The classic symptoms of active tuberculosis infection are a chronic cough with blood-tinged sputum, fever, night sweats, and weight loss.


Influenza: Commonly known as Flu, Influenza is usually transmitted through the air like tuberculosis but sometimes through direct contact with contaminated surfaces, since the virus can be inactivated by soap, however, frequent hand washing reduces the risk of infection.


Diarrhoea: A common cause of death in third world countries and the second most common cause of infants death worldwide. The loss of fluid through diarrhoea can cause dehydration and electrolyte disturbance such as potassium deficiency or other salt imbalance.