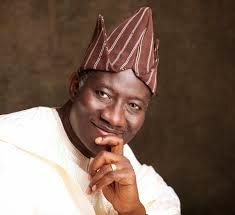 As Nigerians inch closer towards the 2015 presidential election slated for 14 February by the Independent National Electoral Commission(INEC) as headed by Professor Attahiru Jega, a handful of virtual trends characterise our political clime, notable among which is the hash tag #WhyGEJ.

As at last week it was #GEJ_Wins2015 that was the toast of the Nigerian electorates on Twitter. Now, it is #WhyGEJ.

This hash tag is inciting a number of reactions from Nigerians as to why his second term ambition is endorsed or perceived to be other wise. In some of these reactions, some of the achievements of President Goodluck Jonathan are highlighted as premises for their support for him, whereas some angry reactions emphasise on the failures of his administration.

For instance, one of the tweets incited by the trending hash tag #WhyGEJ by one The Amazing Jona submits that, ‘Rehabilitation of the Lagos-Jeba-Kano Rail line, and Ilorin-Offfa Rail line’, and ‘Rehabilitation of the Ilorin International Airport’ explains why GEJ should be elected for a second term. On his part, one Andre Sly rationalises his support for GEJ’s re-election to the premise that, ‘When America refused to give him Ebola serum, he used prayer to kill…’. For one Badmus Bello Shuaibu, ‘President Goodluck Jonathan aims and shoot in one fell swoop and we want him back in office in 2015’.

However, on other social media platforms some Nigerians have expressed their disappointment with the Jonathan administration especially the inability to find a solution to the captured Chibok schoolgirls. For these lots, security of lives and properties of the citizenry should be the priority of any government.

Be that as it may, one should look out for how long these virtual trend will last, and what is likely to overtake it.