NEGROID HAVEN
NEWS PUBLISHING
More
Home Uncategorized ENTERTAINMENT: Kim and Khloé Kardashian Meet the Armenian Prime Minister
Facebook
Twitter
Pinterest
WhatsApp
To commemorate the 100th anniversary of the Armenian genocide, and sister  met with the Armenian Prime Minister on Thursday. Also in attendance were Kara and Kourtni, cousins on their late father's side. "Hovik Abrahamyan hailed the fact that members of the Kardashian family never forgot their roots and added that their visit would make [Armenia] better recognizable," reported the  of the event. 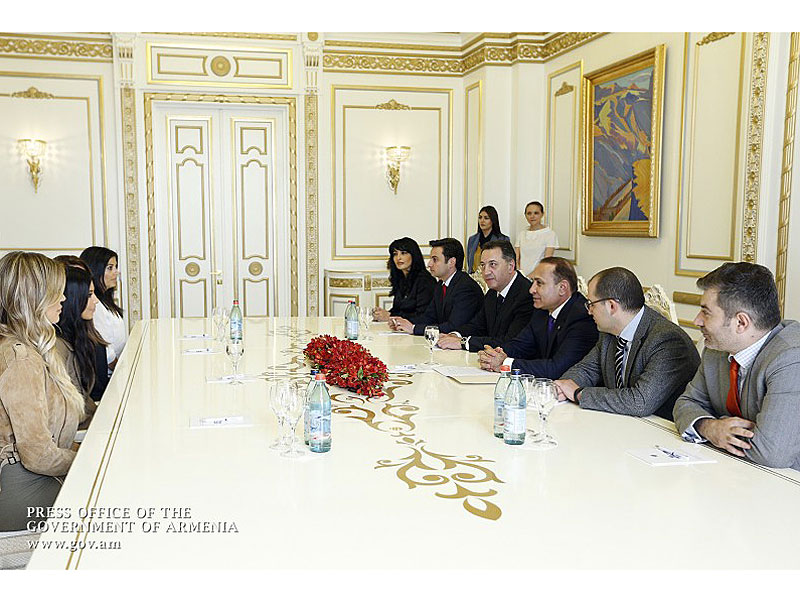 The Kardashians were honored by the welcome and "confessed that visiting their historic motherland had been their longtime dream," says the PRA, adding that the sisters apologized for not knowing how to speak Armenian but that they're working on learning the language.

In their meeting with Abrahamyan, the sisters promised to continue to spread awareness of the 1.5 million Armenians who were lost to the genocide of April 24, 1915. "The Mother Armenia statue symbolizes peace through strength," wrote Khloé in the caption of an Instagram snap of their visit. "I am woman hear me roar! Blessed to be here!!!"