Okoi Obono-Obla|4 June 2017
Biafra is the name the Portuguese used to refer to the Present Cross River, Akwa Ibom, Bayelsa, parts of  Edo, Delta States,  Rivers States of Nigeria; South East Cameroon, Gabon and Equatorial Guinea. Look at maps drawn  by cartographers in the 15th Century.
Meaning of “Biafra” and location. Little is known about the literal meaning of the word Biafra. The word Biafra most likely derives from the subgroup Biafar or Biafada of the Tenda ethnic group who reside primarily in Guinea-Bissau. Manuel Álvares (1526–1583), a Portuguese Jesuit educator, in his work Ethiopia Minor and a geographical account of the Province of Sierra Leone, writes about the “Biafar heathen” in chapter 13 of the same both. The word Biafar thus appears to have been a common word in the Portuguese language back in the 16th century.
Early modern maps of Africa from the 15th–19th centuries, drawn by European cartographers from accounts written by explorers and travellers, reveal some information about Biafra:
According to the maps, the European travellers used the word Biafara to describe the region of today’s West Cameroon including an area around Equatorial Guinea.
The German publisher Johann Heinrich Zedler, in his encyclopedia of 1731, published the exact geographical location of the capital of Biafara, namely alongside the River Rio dose Camaroes underneath 6 degrees 10 min. Latitude. The words Niagara and Biafares also appear on maps from the 18th century in the area around Senegal and Gambia! The British colonists established the Protectorate of Biafra  on 1 February 1852. On 6 August 1861 the Bight of Biafra Protectorate and Bight of Benin. Protectorate were merged.
Recall the present Bight of Benin. As a united British Protectorate, which was ultimately to be merged into Nigeria. Because of the sad events of the Nigerian civil war, the Bight of Biafra which was formerly known and called ” Bight of Biafra” was changed to Bight of Bonny by  the Federal Government through the passage of an Act of the National Assembly in the 1970s. The Bight of Biafra was changed the name from “Bight of Biafra to Bight of Bonny”!
Presently the Basin countries of the Bight of Bonny are Nigeria, Cameroon, Equatorial Guinea and Gabon.
Okoi Ofem Obono-Obla
Is an activist & legal luminary 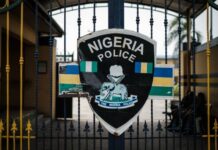 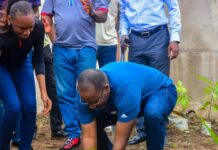 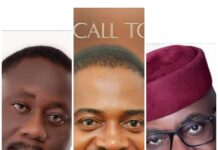