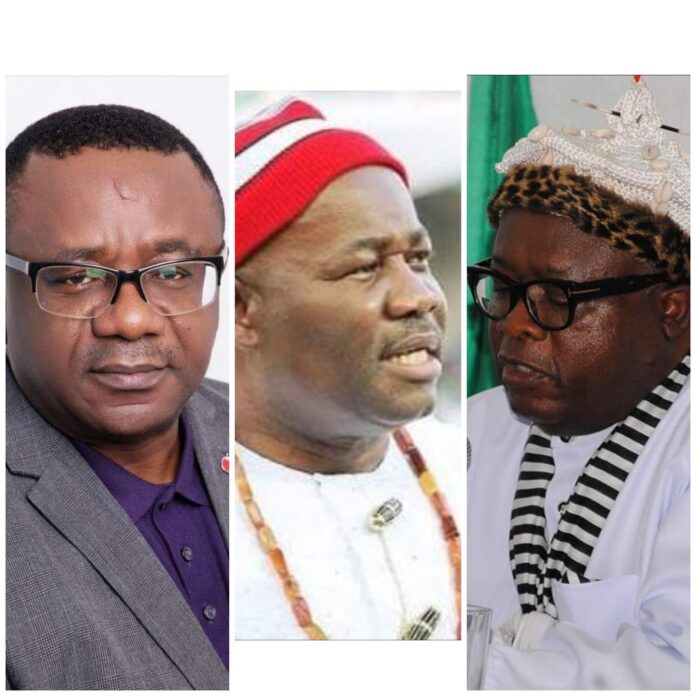 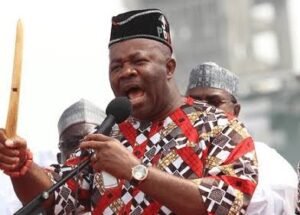 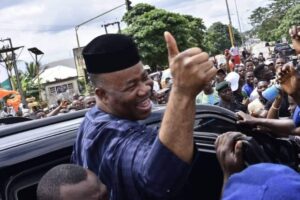 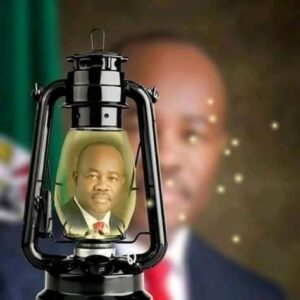 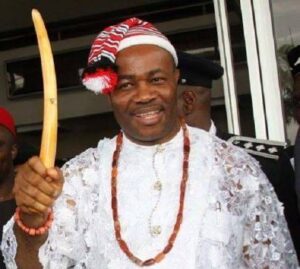 The duo of Duke and Etinyin Edet celebrated Minister Akpabio in separate messages. 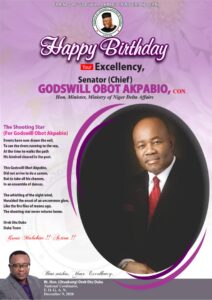 On his part, Duke while felicitating with Akpabio described him as a shooting star which never returns home, further added that the former governor heralded the onset of an uncommon glow. He poetically observed thus: ‘Events have now drawn the veil, to see the rivers running to the sea, at the time he walks the path, his kindred cleared in the past.

‘This Godswill Obot Akpabio, did not arrive to do a cameo, but to take all the chances, in an ensemble of dances. The whistling of the night wind… Like the fire flies of moons ago, the shooting star never returns home’, he concluded. 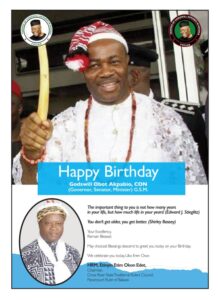 For Etinyin Edet, while celebrating Akpabio whom he referred to as ‘Uko Eren Owo’ and earlier on quoting Edward J. Stieglitz who had said ‘The most important things to you is not how many years in your life, but how many life in your years’ blessed him accordingly ‘May choicest blessings descend to greet you today on your birthday.’