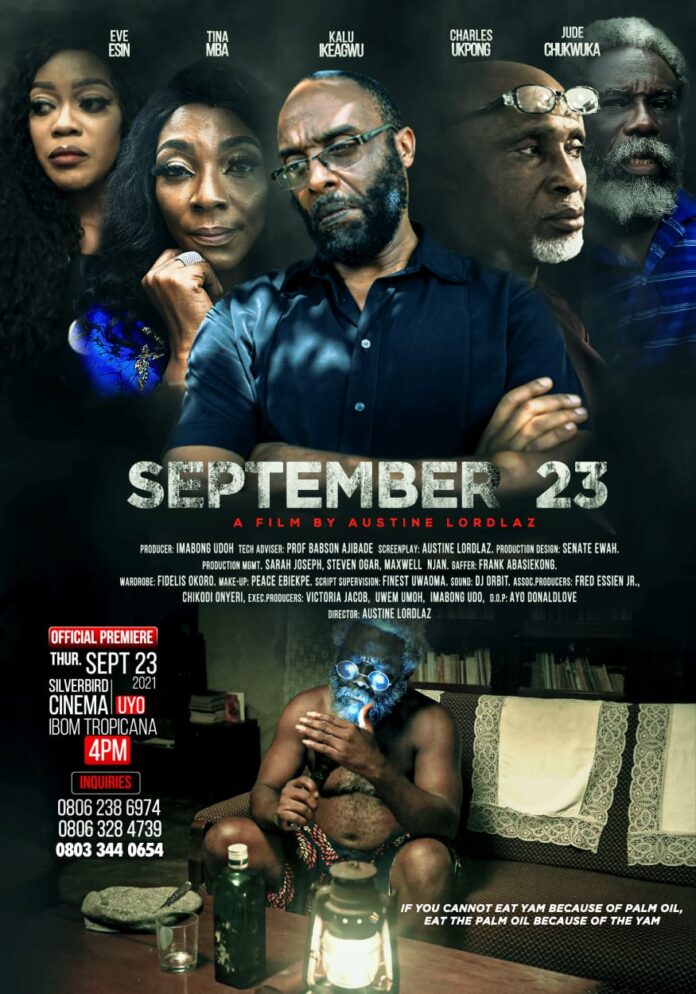 It is barely two months after the official premiere of the film September 23 at the silver bird cinema, Uyo and its success story seems to be continuously overwhelming. The film has recently been honored as the headline official selection at the Zuma film festival holding in Abuja, and the Uyo International Theatre and Film festival holding in the Metropolitan city of Uyo. Both festivals scheduled in December 1st to 7th and 8th to 10th 2021 respectively NEGROIDHAVEN has garnered.

In a letter and email addressed to Austine Lordlaz the director, the festival organizers conveyed the recognition, gratitude and felicitation to the film maker and production crew.

The movie September 23, written and directed by Austine Lordlaz and produced by Imaobong Udoh in association with Fred Essien Jr. and Chikodi onyeri has continued to make waves and headlines on several media platforms.

The director writer and co-producer of the film could not hide his feeling during a chat with him:

“These recognitions mean a lot to me and the production crew. We are honored. I feel there is something special film festivals see in the film September 23 that draws their attention. It’s an honor having my film as headline films at these festival”. 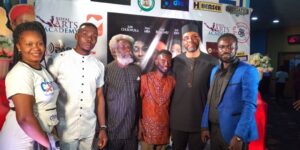 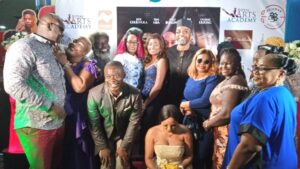 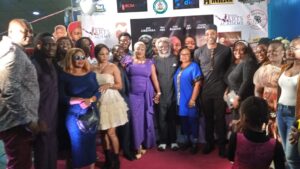 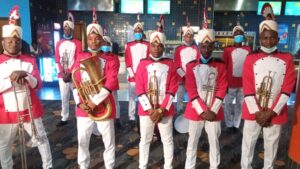 According to the director and writer Austine Lordlaz, the film finds its thrust on social development and change communication. It is largely inspired by director’s quest to see a drastic positive development in power supply system in Nigeria and a sharp cut down on carbon foot prints from the use of generators, vehicles and owing to the global health and environmental sustainability concerns, the enlightened world is moving to alternative sources of energy.”

Featuring top Nollywood Actors like Kalu Ikeagwu, Tina Mba, Eve Esin, Jude Chukwuka, Charles Ukpong amongst many other budding talents, The entire audience was awed as they were held spell bound by the unusual drift of the movie. The plot follows the story of an enterprising and frustrated electrical engineer, who at the verge of giving up his invention after many years, gets inspired to try once more by the struggle story of his state, but he must choose between keeping his family and taking a shot at a life changing opportunity full of bottle necks.

The Premiere which was fanfare-styled had the star actors in attendance and members of the Prestigious University of Calabar Theatre Arts Alumni from several Chapters in Nigeria.

The film is billed for a nationwide release and modalities are in top gear for a Netflix distribution.