NEGROID HAVENTruth in view of Africa\'s Liberty!
More
Home Uncategorized How CRSG mismanagement of issues escalated Boki Communal War —Joseph Odok
Facebook
Twitter
Pinterest
WhatsApp
Reading Time: 3 minutes
Joseph Odok|24 March 2017
Boki in recent days have been a theatre of war with a seed of bomb planted by bad handling by Ayade’s appointees: this may explode and escalate the crisis especially because of wrong handling by the Cross River State Government.
After investigation, it becomes worthwhile to lay bare the origin of the crisis to help government solve the crisis and offer a roadmap for lasting peace.
The history of the Borum Palm Estate has been a history of corruption and shortchanging the Palm Estate Land owners and some of the plot owners. The corruption is masterminded by the estate managers and a group of opportunist who use government apparatus to project their greed and anti people agenda. These class of political opportunists often found amongst government appointees are in the habit of using the the Borum Palm Estate to further their greed thereby sacrificing the larger interest of majority of Boki sons and daughters. The strategy of these greedy political appointees of government is to fuel crisis to stall any form of dialogue and cease opportunity to impose themselves as negotiators after getting the fiat of government. With the fiat of government sought and obtained, these political appointees come in to foist themselves on the people with violence and intimidation as the strategy to elongate their evil agenda.
The long story of imposition and exclusion of landlords and major stakeholders is seed that spew the recent Boki crisis.
For record purpose, the present manager of the Borum Palm Estate collected monies for some people for some plots but failed to allocate plots to some  qualified bidders even after due consideration had been made. This created some dissatisfaction and is part of the narrative that instigated the communal crisis.
With this happening, the appointees of the present government saw opportunity to foist their greed. They got a mandate from the governor to displace plot owners whose tenancy agreement is still subsisting. They quickly began selling forms through one notorious guy known for violence in the person of Mactomy Agan (SA to the governor on Infrastructure). Mactomy has a record of violence. Sadly he called me yesterday and threatened my life for daring to state facts. It is no news that Mactomy have been spotted in all violent activities inclusive of election crisis in Boki as a key actor, besides he is also known as one with no respect for elders. Yet a guy with this questionable pedigree is given the onerous task of handling issues of negotiation and allotting of plots by the governor. Sadly in the whole episode, Mactomy acting under the instructions of the Secretary to the government of Cross River State neglected counsel of major stakeholders: He chose the option of violence as the first resort. Violence begets violence tells the story.
Mactomy who was working under the instructions of the Secretary to the State Government, was specifically advised to put a halt on the sharing of the plots until the expiration of the tenancy agreement of plot owners. He was blinded by greed and arrogance of government to disregard the wise counsel of elders. His disregard for elders met with resistance of the host communities.
On the fateful day the crisis erupted, The Secretary to the State Governor advised Mactomy to forcefully take possession of the estate. Rumours has it that Hon Mark Obi reacted by organising his community to oppose the forceful possession of the estate.
The Oku women could not fathom the arrogance of the appointees of government and organized a protest. The took to a traditional way of resistance common to Boki women ‘ekpa’: they danced naked and nude to sanitise the land. At this point the appointees of government were said to have ordered the police to open fire on the protesting women believed to be acting on the instructions of Hon Mark Obi. In the open fire, three women where shot, one died immediately and another was said to have died later with one still surviving. Women are said to be non combatant and never to be killed in war, the actions of the appointees of government firing guns on protesting women violates international best practices and is condemnable.
Way Forward:
1. The governor must as a matter of urgency stop any process of allotment of land until all issues are settled by Boki stakeholders especially the Ochibe Bokyi.
2. Security guard should be adequately provided to safe guard the estate and the people.
3. The governor must call Mactomy to order who is threatening anyone who dares says the truth. Until recent Mactomy Agan had threatened me and must be called to order.
4. The governor should seek to hand over the management of the Borum Estate to whoever is best fit and with peaceful disposition for dialogue not violence.
5. The governor should place the management of the estate on a committee under the office of the Ministry of Agriculture not the office of the Secretary to the State government or SA infrastructure.
5. The government must give lasting ear to the recommendations of Ochibe Bokyi as a roadmap to ending the crisis.
Joseph Odok Esq., Ph.D
Social Change Agent 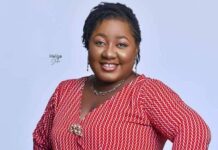