Dr Stephen Odey the alleged winner of the Cross River North Senate bye-election, Tuesday, was denied swearing in by the President of the 9th Senate of the Federal Republic of Nigeria, Dr Ahmad Lawan NEGROIDHAVEN can say.

The report has it that Odey who was already in the chamber of the Senate was walked out when the Minority Leader of the Nigerian Senate approached the Senate President with court orders: ‘SP Lawan took them, went through and refused to swear in Steven Odey along with the others to the chagrin of his supporters and well wishers. I heard a number of his VIP supporters were left shamefaced and gobsmacked as they saw their man being shunned in the unexpected turn of events,’ Social Commentator Simon Utsu alleged. 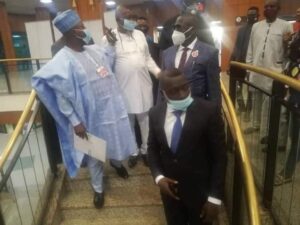 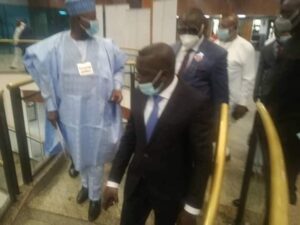 Jarigbe Agom Jarigbe is legally challenging the decision of INEC to award the Certificate of Return to Odey.

Meanwhile, in a statement signed by Beatrice Ekpe Edrah the senatorial candidate in the just concluded by-election, the NNPP is refusing the results declared by INEC on four grounds of deliberate manipulation of age, refusal to inspect election sensitive materials, poor representation by party agents at pooling units during elections and thus denial of right to be voted for.