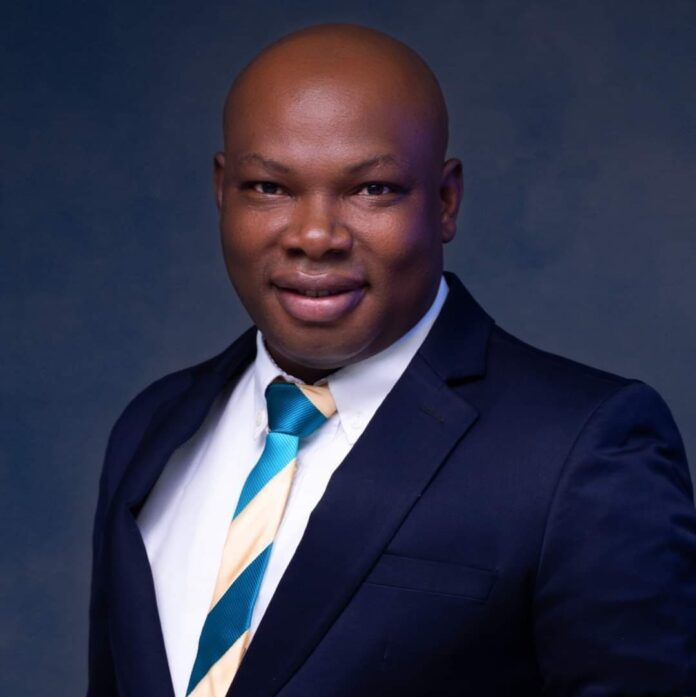 “Let me begin by saying that the various positions espoused by everyone on this thread are all interesting and probably correct. After all, we were indoctrinated to believe that it is only the Lord who knows the secret of His kingdom.

Several scholars have also argued this issue without a conclusion and it can be safe to say the debate is still alive today as it has always been. For example, in 19th-century Europe, pre-Adamism was attractive to those intent on demonstrating the inferiority of non-Western peoples, and in the United States, it appealed to those attuned to racial theories who found it unattractive to contemplate a common history with non-whites.

Scientists such as Charles Caldwell, Josiah C. Nott and Samuel G. Morton rejected the view that non-whites were the descendants of Adam. Morton combined pre-Adamism with cranial measurements. As Michael Barkun explains: In such an intellectual atmosphere, pre-Adamism appeared in two different but not wholly incompatible forms. Religious writers continued to be attracted to the theory both because it appeared to solve certain exegetical problems (where did Cain’s wife come from?) and exalted the spiritual status of Adam’s descendants. Those of a scientific bent found it equally attractive but for different reasons, connected with a desire to formulate theories of racial difference that retained a place for Adam while accepting evidence that many cultures were far older than the few thousand years that humanity had existed, according to the Biblical chronology. The two varieties differed primarily in the evidence they used, the one relying principally on scriptural texts and the latter on what passed at the time for physical anthropology.

In 1860, Isabella Duncan wrote Pre-Adamite Man, Or, The Story of Our Old Planet and Its Inhabitants, Told by Scripture & Science, a mixture of geology and scriptural interpretation. The book was popular among a number of geologists because it mixed Biblical events with science. She suggested that the pre-Adamites are today’s angels. Since they were without sin, for sin did not enter the world until Adam disobeyed God, there was no reason for them not to have been at least raptured into heaven, anticipating what would again occur with the second coming of Jesus Christ. Duncan also believed that some angels had sinned and fallen from Heaven, which caused them to become demons. Duncan supposed that such an upheaval would leave geological scars on the earth. The concept of ice ages, pioneered by Louis Agassiz, seemed to provide evidence of such events, drawing the line between the pre-Adamic era and the modern one, which she posited began about 6,000 years ago.

Buckner H. Payne, writing under the pen name Ariel, published a pamphlet in 1867 entitled The Negro: What is His Ethnological Status? He insisted that all the sons of Noah had been white. This created a problem then regarding non-white races if the Flood had been universal and the only survivors were white. Payne’s solution was to suggest that the Negro is a pre-Adamic beast of the field (specifically, a higher order of monkey), which was preserved on Noah’s Ark. According to Payne, they were a separate species without immortal souls.

The Irish lawyer Dominick McCausland, a Biblical literalist and anti-Darwinian polemicist, maintained the theory to uphold the Mosaic timescale. He held that the Chinese were descended from Cain and that the “Caucasian” race would eventually exterminate all others. He maintained that only the “Caucasian” descendants of Adam were capable of creating civilisation, and he tried to explain away the numerous non-“Caucasian” civilisations by attributing them all to a vanished “Caucasian” race, the Hamites.

A. Lester Hoyle wrote a book in 1875, The Pre-Adamite, or who tempted Eve? He claimed that there had been five distinct creations of races, and only the fifth, the white race, of which Adam was the father, had been made in God’s own image and likeness.

Hoyle further suggested that Cain was the “mongrel offspring” of Eve’s being seduced by “an enticing Mongolian” with whom she had repeated trysts, thus laying the foundation for the white supremacist bio-theology that miscegenation was “an abomination.”

In an unusual blend of contemporary evolutionary thinking and pre-Adamism, the Vanderbilt University theistic evolutionist and geologist Alexander Winchell argued in his 1878 tract, Adamites and Preadamites, for the pre-Adamic origins of the human race, on the basis that the Negroes were too racially inferior to have developed from the Biblical Adam. Winchell also believed that the laws of evolution operated according to the will of God.”

Furthermore, in 1891, William Campbell, under the pen name “Caucasian”, wrote in Anthropology for the People: A Refutation of the Theory of the Adamic Origin of All Races that the non-white peoples were not descendants of Adam and therefore “not brothers in any proper sense of the term, but inferior creations” and that polygenism was the “only theory reconcilable with scripture.” Like Payne before him, Campbell viewed the Great Flood as a consequence of intermarriage between the white (Adamic) and nonwhite (pre-Adamic) peoples “the only union we can think of that is reasonable and sufficient to account for the corruption of the world and the consequent judgement.”

In 1900, Charles Carroll wrote the first of his two books on pre-Adamism, The Negro a Beast; or, In the Image of God in which he sought to revive the ideas previously presented by Buckner H. Payne, describing the Negro as a literal ape rather than human. In a second book published in 1902, The Tempter of Eve, he put forth the idea that the serpent was actually a black female, and that miscegenation was the greatest of all sins.

Carroll claimed that the pre-Adamite races, such as blacks, did not have souls. He believed that race mixing was an insult to God and spoiled God’s racial plan of creation, and that the mixing of races had led to the errors of atheism and evolution.

The Scottish millennialist George Dickison wrote The Mosaic Account of Creation, As Unfolded in Genesis, Verified by Science in 1902. The book mixed science with a scientifically enhanced reading of Genesis and lists geological discoveries that showed that men existed before Adam had been created and that Earth was much older than the 6000-year-old span of the Adamic race. Dickison welcomed scientific discoveries from fossil evidence and the palaontological record and used them as evidence for pre-Adamism.

The doctrine known as British Israelism, which developed in England in the 19th century, also sometimes included a pre-Adamic worldview but that was a minority position. The model viewed pre-Adamites as a race of inferior bestial creatures apart from Adam, who was the first white man and consequently the first son of God. In the narrative, Satan seduces Eve, and the resulting offspring is a hybrid creature, Cain. Later, Cain flees to East Turkestan to establish a colony of followers intent on realizing the Devil’s plan for domination of the earth. A further elaboration of this myth involved the identification of the Jews with the Canaanites, the putative descendants of Cain, but the eponymous ancestor of the Canaanites is not Cain but Canaan. It followed that if the tribes of Judah were supposed to have intermarried with Cain’s descendants, the Jews were both the offspring of Satan and the descendants of sundry nonwhite pre-Adamic races.

In the United States, philo-Semitic British Israelism developed into the anti-Semitic Christian Identity movement and the serpent seed doctrine. Identity preacher Conrad Gaard wrote that the serpent was a “beast of the field,” was the father of Cain, and since Cain married a pre-Adamite, his descendants were a “mongrel”, hybrid race.

In the same manner, the occultist Paschal Beverly Randolph published Pre-Adamite Man: Demonstrating The Existence of the Human Race Upon the Earth 100,000 Thousand Years Ago! under the name Griffin Lee in 1863. The book took a primarily scientific view of pre-Adamism, relying on evidence from linguistics, anthropology, archaeology, paleontology, and ancient history. Being a polygenist, Randolph argued that the color of races, particularly black, was not the result of climate and was proof of separate, pre-Adamite origins.

Pre-Adamite theories have also been held by a number of mainstream Christians such as the Congregational evangelist R. A. Torrey (1856–1928), who believed in the Gap Theory. Torrey believed it was possible to accept both evolution and Biblical infallibility, with the pre-Adamite as the bridge between religion and science.
Gleason Archer, Jr. was a believer in pre-Adamism. In his 1985 book A Survey of Old Testament Introduction he wrote,

“To revert to the problem of the Pithecanthropus, the Swanscombe man, the Neanderthal and all the rest (possibly even the Cro-magnon man, who is apparently to be classed as Homo Sapiens, but whose remains seem to date back at least to 20,000 B.C.) it seems best to regard these races as all prior to Adam’s time, and not involved in the Adamic covenant. We must leave the question open, in view of the cultural remains, whether these pre-Adamic creatures had souls (or, to use the trichotomic terminology, spirits).”

Archer asserted that only Adam and his descendants were infused with the breath of God and a spiritual nature corresponding to God himself, and that all mankind subsequent to Adam’s time must have been literally descended from him. Regarding the concept of pre-Adamic races (such as the Cro-Magnon man), he says: “They may have been exterminated by God for unknown reasons prior to the creation of the original parent of the present human race.”

You can also read an article titled The Earth and Humans before Adam: The Pre-Adamite Theory by a Georgia Geologist Matthew Fleming Stephenson.

Lastly, on the city of Nod and Cain’s wife it should be noted that in the Age of Enlightenment, pre-Adamism was adopted widely as a challenge to the Biblical account of human origins. That is why the idea was welcomed by advocates of white superiority in the 19th century. A number of racist interpretive frameworks involving the early chapters of Genesis arose from pre-Adamism. Some pre-Adamite theorists held the view that Cain left his family for an inferior tribe described variously as “nonwhite Mongols” or that Cain took a wife from one of the inferior pre-Adamic peoples”. 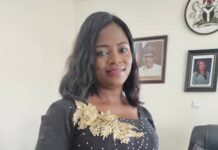 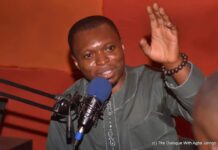 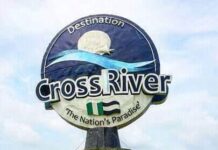