My fellow Christians, I greet you all in the name of our Lord Jesus Christ. I want to urge you all to remain strong in faith even as our country and the world is going through one of the most challenging times. All these things are happening to fulfill the scripture.

The bible in Daniel 12 : 1 says that “There will be a time of distress such as has not happened from the beginning of nations until then. But at that time your people—everyone whose name is found written in the book—will be delivered.” Stay strong so that when our father return to take us home, you shall be delivered from this sinful world.

My letter to you this day is as a result of the disturbing statements by some of our local Pastors concerning the just concluded United States of America Presidential election.

Tomorrow is Sunday. Some of these our preachers will spread all kinds of conspiracy theories and lies to their congregations about the US elections because their Saint Donald Trump has been defeated. Please, people of God, be wise. Don’t fall for things that’ll make it look like God is no longer the ruler of men.

Pastors will try to deceive people that the Anti-Christ in the US forced Donald J. Trump , their “holy angel” out of power because he was in their thoughts, advancing and propagating the gospel.

As Christians who also study the bible, know that no leader can attain the throne without the approval of God. Both the good and bad leaders are chosen by God. God make leaders to either set his children free or to punish them.

God can make a leader for a good reason but he or she can leave the path of God. In such scenario, God will prove that he’s still God by punishing the leader or dethroning him/her.

For instance, Moses in the scripture. God chose Moses to lead the children of Isreal out of the wilderness but when he allowed his anger gets a better part of him, He selected another leader and made him not to even reach the promise land.

The way Trump won his election in 2016, it was clear that God chose him to lead America and the world at that time. But has his Presidency glorified the name of God? Has he fulfilled his purpose for which he was chosen? Is God happy or angry with him?

While some of these questions are rhetorical as only God knows, one is not. Trump’s recognition of Jerusalem as capital of Israel to fulfill God’s prophecy may just be why God made him President. Scripturally, what he did with Jerusalem is more about God’s prophecy than politics.

After fulfilling that Jerusalem prophecy, that he lost his reelection bid shows that it’s either he was brought for that purpose or like Moses, he has missed the track.

There’s evidence to think either way. For instance, the constant controversy that has trailed his regime over his alleged promotion of white supremacy and racism against the scriptural warning not to discriminate may have angered God. It could also be that he has fulfilled God’s purpose of choosing him in the first place.

Whichever is the case, Christians should understand that it’s only God who make and mar leaders. The conspiracy theory that he was forced out office against the will of God as some Pastors have said and may say still say is not only ungodly but an insult to God.

The scripture in Lamentation 3 : 37 says “Who is he that saith, and it cometh to pass, when the Lord commandeth it not”? There’s no man, no matter how powerful that can make a king when God has not commanded.

The same God who make kings and queens to rule over the affairs of men has decided at this time that Trump’s rulership should stop for Joe Biden whose antecedents present him as a direct opposite of Trump to takeover.

God is beyond mistakes. He’s too perfect therefore, I urge all Nigerian Christians not to listen to those who will be trying to embarrass God in the pulpit tomorrow by making it look like his power is limited. If he wanted Trump, there’s nothing American would have done to make him loose.

Biden won because that’s the will of God. He may not be the will of Pastors but God has a reason for everything. Instead of listening to Pastors to make false postulations, go down on your kneels and pray for leaders.

Dear fellow Christians, for emphasis, I insist don’t listen to the sermon of any Pastor that’ll lie to you that God’s hands is not in Biden’s victory. Even if he is the anti-christ that they claim he is, it’s still to fulfill the scripture. 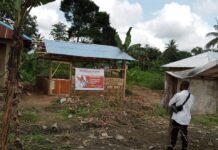 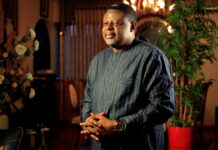 On the Rotation of the High Office of Governor of C’River come 2023: my take 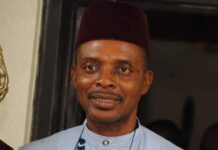 Zoning and Rotation in Cross River State: My Perspective