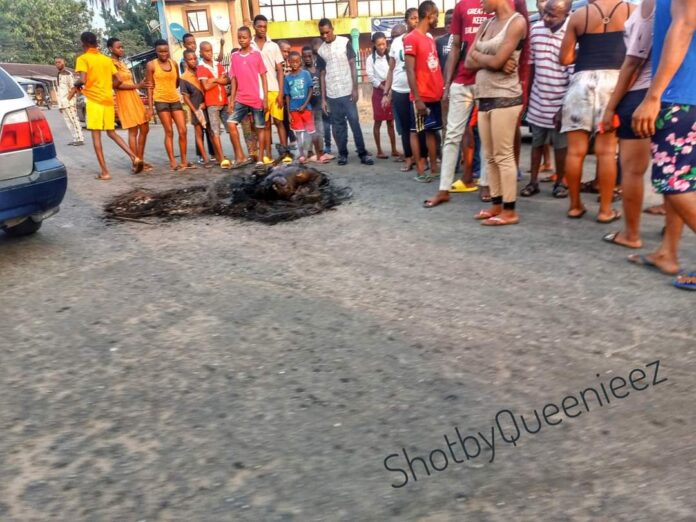 On Monday, some Nigerians resident and indigenous to Cross River took laws into their hands by resorting to jungle justice NEGROIDHAVEN can report.

Two suspected male thieves have been lynched in Calabar this morning at two different locations in Calabar South, namely, Palm Street by Atu Street, and Mayne Avenue by Inyang Street.

The suspected thieve lynched at Palm Street by Atu is reportedly called Okon and he is a resident of Ekondo street, off Atu Street.

The incident in Mayne Avenue by Inyang Street has sparked both commendation and condemnation.

When our correspondent put a phone call across to the Police Public Relations Officer in the state, Irene Ugbo, she said she wasn’t aware but was going to find out.