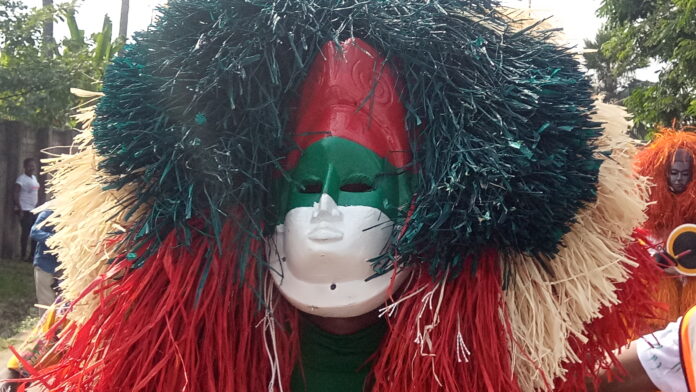 The management of the popular socio-cultural group, Tinkoriko, has disclosed that she will not be hitting the street this 1st January 2020 to perform her annual parade in deference to the Covid-19 pandemic NEGROIDHAVEN has garnered. Speaking in two instances, Chief Orok Otu Duke and Emmanuel Eyo Esq gave further insights on the developments.

The Founder and Patron of Tinkoriko, Chief Orok Duke, has said that the socio-cultural group would not risk the lives of its members for whatever reason. Duke stated this on Thursday while announcing the immediate suspension of the Tinkoriko annual parade which traditionally takes place on the 1st of January.

He said that consequent upon the second wave of COVID-19 pandemic and the subsequent circular by the state government on the need to observe COVID-19 prevention protocols, the leadership of Tinkoriko had deemed it necessary to suspend this year’s parade for the overall interest of its members and the general public.
“We have been carrying out Tinkoriko parade at the end of the year, which is a platform that brings youths together to celebrate their surviving the year. But when you consider the pandemic, everything should give way. So in deference to the pandemic, we have decided not to go on the street. Incidentally, we’ve gone ahead to print the T-shirts… Maybe if we are strong enough we may go out on Easter Monday. But for now we are urging everybody to stand down. We won’t parade tomorrow. We won’t risk the lives of youths on the street for whatever reason. We are not in competition with anybody. So we don’t want them to parade.”, he said.

Duke said although the state’s Commissioner for Health, Dr Betta Edu, had earlier released a guideline stipulating a gathering of not more than 300 persons, Tinkoriko “could have like four clusters and then still go ahead but it is much more than that. We discovered that in Abuja, 7 out of 10 COVID-19 tests were positive. In Cross River, someone at the Teaching Hospital told me that it’s 9 out of 10. So why risk the youths. People find it difficult to wear masks on the street. In a situation where there is Tinkoriko, monitoring the health side would be difficult; so the best thing is to shut it down.”

The two-time deputy speaker of the Cross River State House of Assembly said he would give government all the necessary support to ensure that COVID-19 prevention protocols were fully observed. He strongly warned members of Tinkoriko not to go out on parade under any guise. 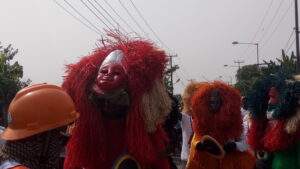 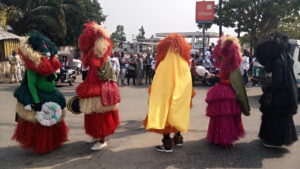 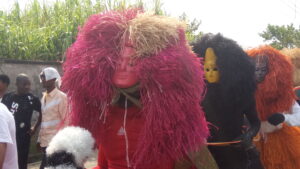 On his part, President of Tinkoriko, Barr. Emmanuel Eyo, said while the group’s parade for the year is suspended, members should keep the spirit alive. He said that it is only those who are healthy and alive can celebrate Tinkoriko.

It would be recalled that Dr Alfred Mboto, the Permanent Secretary, Security, had issued the group a letter dated 23 December, 2020, notifying it of the ban on public gathering of more than 50 persons:
“l have the directive of this office to inform you that due to the spread of the second phase of COVlD-19 Pandemic, the State Government hereby bans every gathering of more than fifty (50) persons including cultural display such as Tinkoriko, Nnabor and other masquerade during the 2020 Christmas activities.

“In view of the above, you and the entire Leadership of Tinkoriko is advised to suspend any plan to display during the Christmas festivities.”, the letter reads.

This would be the first time in 26 years the socio-cultural group would not be holding its annual parade which usually kicks off at Efut Street and passes through Hawkins, Chamley, Target, Mary Slessor, Marian Road, Barracks Road, 11-11 Round About, Calabar Road and finally terminates at the Watt Market Round About.

Founded in 1993, but officially registered with the Corporate Affairs Commission in 2018, Tinkoriko in its many years of existence, has been a platform that harmonizes youths from across diverse political, social, economic and cultural leanings. The group leverages on its wide membership base to propagate the gospel of zero tolerance for violence, cultism, drug abuse, kidnappings, human trafficking and other youth related vices in contemporary society.

Use of force? What transpired between Speaker Williams’ security details and...