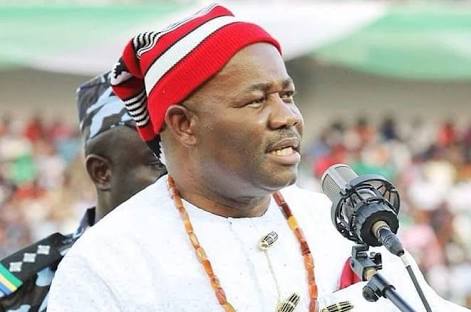 In the spirit of Christmas celebration, the Honourable Minister of Niger Delta Affairs, Senator Godswill Akpabio, has presented gifts to the Assistant Inspector-General of Police (AIG) in charge of Zone 6 Calabar, Mr Zaki Ahmed.

Making the presentation Thursday at the AIG’s official residence in Calabar, the Honourable Minister noted that the gesture was meant to felicitate with the police chief during the yuletide. He commended AIG Ahmed for sustaining the fight against militancy, cultism, kidnapping and other forms of criminality in the Niger Delta region and particularly in states under the jurisdiction of the zone.

Akpabio who was represented by Chief Orok Duke, National Coordinator of Friends of Godswill Akpabio (FOGA), also hinted that the delegation was at the official residence of the AIG to carry out need assessment for the proposed renovation work that would commenced in January, 2021.

“Apart from felicitating with the AIG in the spirit of Christmas, the Honourable Minister sent me here to assess his residence, the environment, the aspect that touches on the Air Force and the Navy. He has already directed the NDDC to assess the surrounding roads, the compound with a view of executing the project under the emergency intervention programme of NDDC. That would be effectively carried out within the month of January. 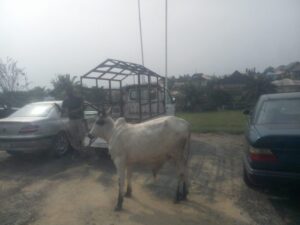 ”The Honourable Minister is aware of the fact that the AIG covers most of the Niger Delta area. The AIG superintends over Cross River, Akwa Ibom, Rivers, Ebonyi… So they are working together and the Minister is very happy about the cooperation; he is willing to do more within available resources. The Minister is going to send a technical back up team for another assessment.

“He also says that he would be cooperating with your office at all times, and helping out in areas where you need help from him.”, Duke said.

Receiving the items on behalf of AIG Ahmed, his Personal Assistant, Mr Mohammed Mari Mari, expressed gratitude to the Honourable Minister for the kind gesture. Items presented include one cow and 20 bags of rice.

Recall that the Minister of Niger Delta Affairs, Godswill Akpabio, had earlier renovated and asphalted the Zone 6 Police Headquarters in Calabar. 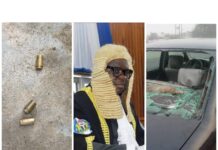 Use of force? What transpired between Speaker Williams’ security details and COE lecturer at Odukpani Junction