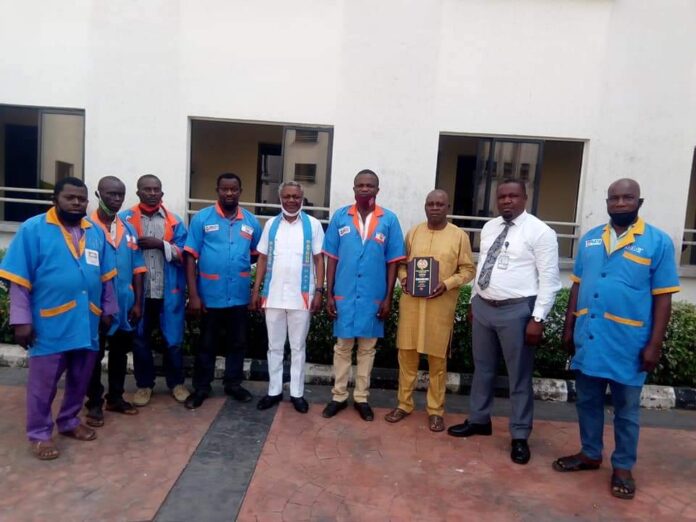 Mechanic in the state have been charged to register their mechanic workshop under Nigeria Auto-Mobile Technicians Association (NATA), which is the Auto Mobile Union Federal and State Government-recognised.

The permanent secretary special services, Governor office, Mr Alfred Mboto made this known in his office when the Association paid him a courtesy visit On February 1st 2021.

Mr Mboto expressed gratitude for the honour showed to him by (NATA) to recognise him as one of their patron and promise to support the Association.

The state chairman of the association Comrade John Ayabie said the association was here to celebrate with one of their patron the permanent secretary Mr Alfred Mboto for the support he showed to them during their election Last year.

Other members Expressed their gratitude on the visit to one of their patron Mr Alfred Mboto.

High point of the event was decoration of the permanent secretary Mr Alfred Mboto as one of their patron and award of patron to him.also that the door is wide open for all technician to be accommodated.