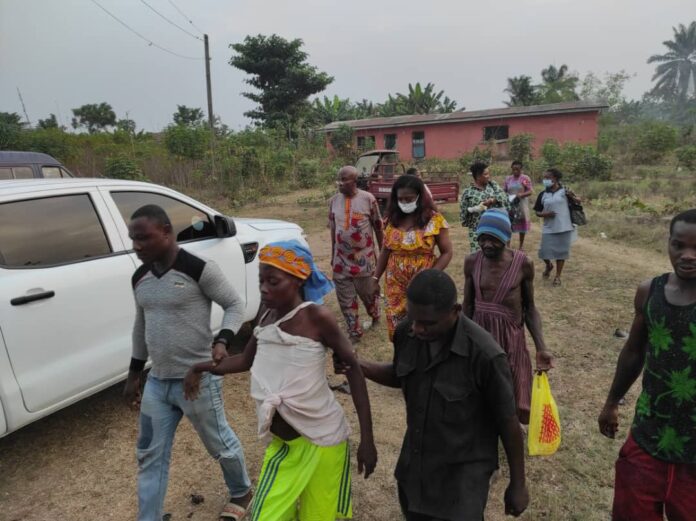 The Cross River State Government has rescued a mentally challenged woman and her baby on the street of Calabar with provision of medical, material and psychologically assistance to aide the baby and mother’s survival NEGROIDHAVEN has garnered.

The victim, a middle aged woman who gave her name as “Pretty” and a native of Benue state was said to have helped herself through pains in the delivery of the baby before the arrival of some good Samaritan for assistance. 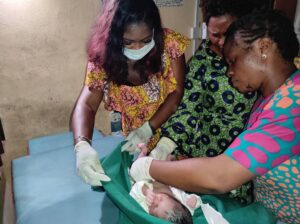 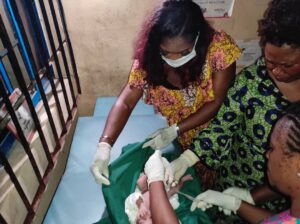 On her arrival at the spot of Delivery at about 5:20PM, the Director General of the Cross River State Primary Healthcare Development Agency Dr Janet Ekpenyong was moved to tears on siting the condition at which the mother was as she requested for an immediate medical response from her team to stabilize the woman’s condition before when was taken to a health facility.

Dr Ekpenyong therefore called for more awareness to be created as regards mental health as well as for people to regularly check for other underlying health conditions especially those who have been exposed to hard drugs.

“We all owe ourselves the duty to check for our mental health, some of us are going through some stress and truma that if not checked on time, could lead to advance mental health disorder, I want to encourage young people especially Students to stay away from hard drugs and addictive characters which may have adverse effe t to their health.

“We are proud that the Government has rescued both the mother and the child, at the moment, we will ensure that the baby enjoy all privileges like every other child,she has received her first doses of Immunization to boost her immunity,and she has been placed on the watchful eyes of health professionals.

“As for the mother, we have tried to stabilize her, we have cleaned her up with a warm bath, because we know of some challenges and complications that may come with child birth, we will monitor her as long as possible to see that she’s stable, we have also given her food at least to boost energy level and she’s already in a cheerful mood.

“I also want to salute the effort of our sister agency, CUDA for reaching out to us, it shows that they have trust in us and the capacity to offer u compromisable services to our people, we Encourage other Cross Riverians to learn from that”.

On his part, the Executive Secretary of the Calabar Urban Development Agency, Mr Emmanuel JoeMary thanked the DG of the Cross River State Primary Healthcare Development Agency and her team for acting promptly to the call which he said is a testament to the harmonious working relationship between all agencies of Government in the state.

He therefore disclosed his own readiness to continue to collaborate with all agencies of Government to ensure that citizens and residents enjoy Government presence at all times.

The baby which was later christened as Baby Linda Greatness after the state first lady, was handed cash and material gifts including beverages, sanitary materials amongst others. 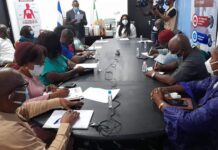 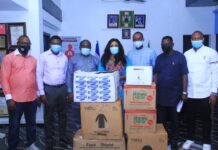