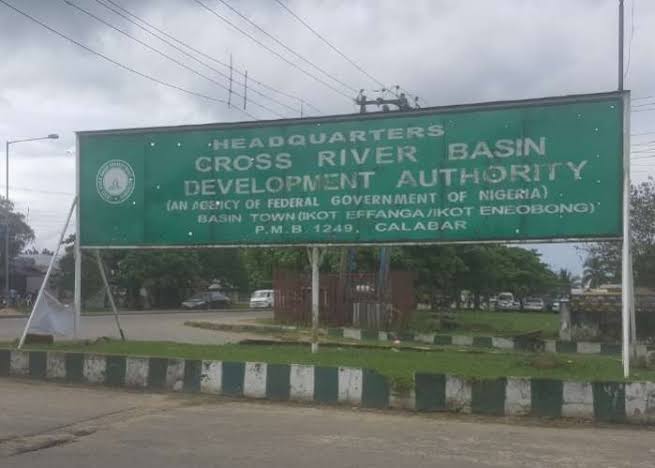 Contrary to alleged misrepresentation of facts and a mischievous campaign of calumny against the management of Cross River Water Basin Authority under Engr Bassey Nkposong as led by one Mr Joseph Edet the Cross River state chair of the Nigerian Union of Agriculture and Allied Employees, the authority in the state has debunked the position of Edet while outlining the numerous achievements of Nkposong in his first term and hopes for an improvement in the second term.

According to the statement signed by the state Authority, ‘In his first tenure in office, Engr. Bassey Nkposong commissioned studies and designs of more than ten thousand hectares of land for irrigation and drainage. The center pivot schemes located at the Ogoja and Eniong Nung Ndem Projects have been reactivated and are presently in use. The Bansara Rice Mill in Ijegu Yala which is a collaborative private partnership project was abandoned twenty years ago. The project is now producing maximally with farmers taking advantage of the mill to produce rice in large quantities. The Onimakiong Farm settlement located along the Calabar-Itu road axis at Okoyong Usang Abasi, anotgee private partnership project is now a reference point for farmers, business men and women as well as research hub for students.

‘The drip irrigation system which is presently operational in Obudu, Ijegu Yala and the headquarters farm is the first of its kind in the catchment area. Over twenty hectares of farmland is being irrigated for dry season cropping in Eniong Nung Ndem, Abak, Itu, Obubra, Itigidi, Ogoja, Ijegu Yala, Obudu and headquarters farm. Crops like plantain, maize, water melon, garden eggs, and assorted vegetables are presently cultivated in the farms. An agricultural processing zone has been established at the Abak irrigation project, this has made for ease in food processing and packaging.

‘A fully integrated farming system with green houses for the production of assorted crops, drip irrigation system, fisheries and a three thousand six hundred capacity poultry farm has also been established and functional at the headquarters farm in Odupkpani LGA. The effort in crop production has led to the engagement of over three thousand farming families. This is apart from generating employment for over 51 young graduates across the catchments’, the document read in part.

Within the period under review, the authority had also embarked on the construction of dams, and reservoir activities. The Obudu Dam through a World Bank assistance scaled from 4.5MCM to 5.25MCM. The Bunyia Akatom Dam in Ogoja is about to be completed with others in Ijegu Yala and Kwa Falls Dam. There are concerted efforts around water supply, hygiene and sanitation, data management, and infrastructural development.

Finally, the ‘tax before Engr. Bassey Nkposong as he begins his second term in office appears quite daunting. It is our belief that his experience in the last four years would serve as a catalyst to propel a turn around for the Authority. It is hoped that the projects that he initiated in his first tenure like the construction of the Ijegu Yala Dam, Kwa Falls Dam, library, soil lab, staff canteen… Irrigation projects’.

Recall that the Nigerian Union of Agriculture and Allied Employees protested against the state authority for lack of effective administration and therefore requiring the services of technocrats. 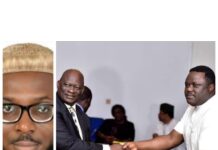 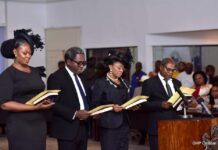 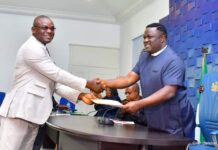