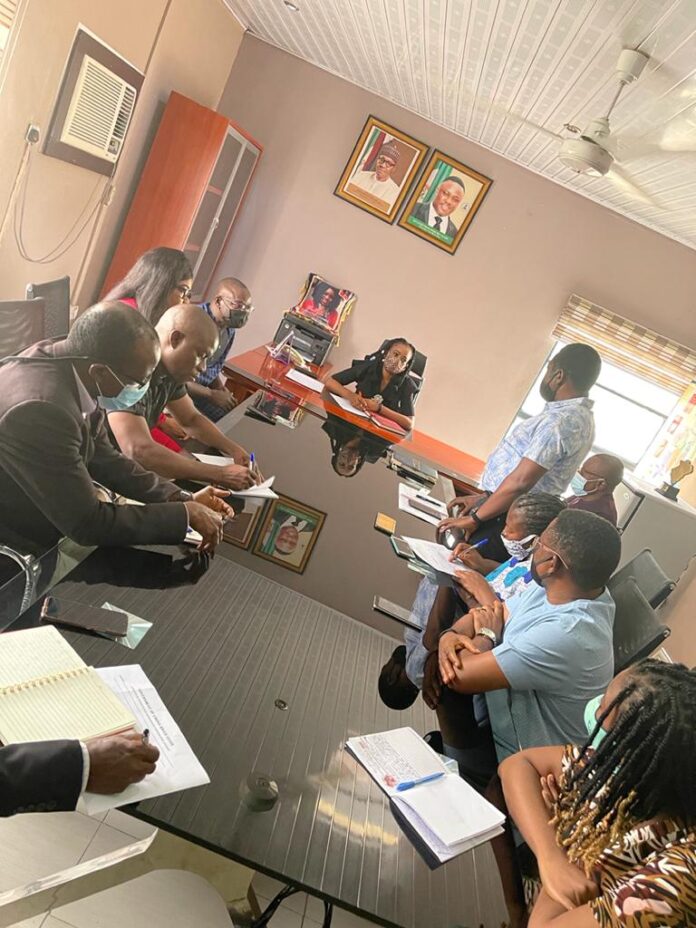 The Cross River State Government will officially launch UN REDD+ (Reducing Emissions from Deforestation and Forest Degradation)i plan that will put the State on course to fully implement strategies and activities to reduce deforestation and forest degradation.

This was made known when the team from CRS REDD+ Program led by Mr Patrick Coco-Bassey had a technical session with the Commissioner, Ministry of International Development Cooperation,(MIDC) Dr Inyang Asibong and with the Senior Staff of the MIDC in attendance for the preparedness of the official launch of the Program as the Coordinating Ministry.

Addressing the team, Dr Asibong charged the team that “As the investment plans set to launch, the program should complement the State Government mandate of embarking on aggressive tree planting exercise since 5 millions trees are to be planted annually”, she added that the investment plan should address the on going level of deforestation in the state and should embrace sustainable forestry initiatives which is a universal benchmark “.

The MIDC Commissioner assured the Technical Committee of the state Government’s continuous support and that with the industrial revolution of the state especially in agro forestry which CRS has great comparative advantage and being listed as one of the 25 biodiversity hot spot globally .

The Coordinator, CRS REDD+ Program, Mr Patrick Coco-Bassey presented a robust strategy document that has been developed when the Readiness phase with funding from UNDP commenced in 2012.

Mr Coco-Bassey added that “CRS still holds 50% of the last remaining Tropical Rainforest in Nigeria and he thank the Governors climate and Forest Task force (GCFTF) on investment plan for funding the investment plan by a team of consultants.

In the same vein, the CRSG has signed an MoU with the Centre for Clinical Care and Clinical Research, A USAID funded organisation, on the care and protection of Orphans and Vulnerable Children.