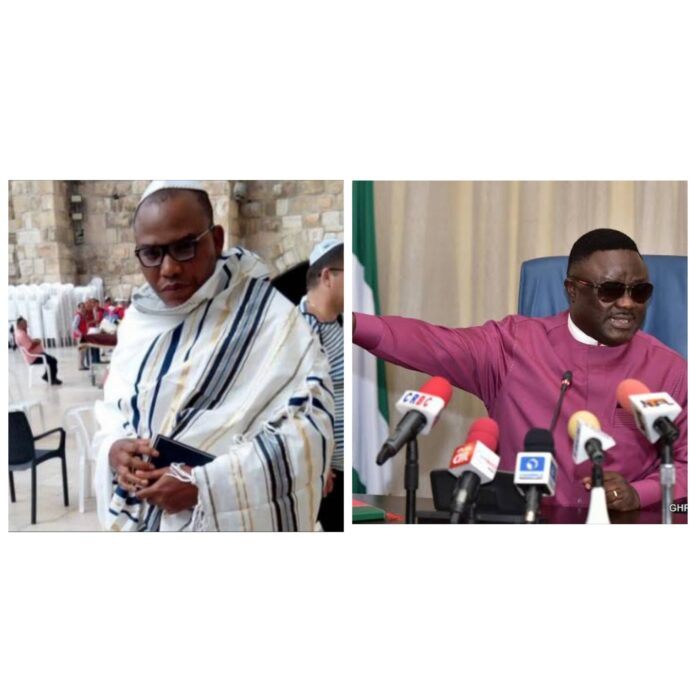 The President of the Ohanaeze Ndigbo, Barr. Ugorji Nwabueze has set up a five-man committee to investigate the alleged link between the group and IPOB.

Barr Nwabueze told DAILY POST via phone on Saturday that he had equally in a press statement issued by him on March 4, 2020, and December 12, 2020, cautioned Ndigbo to steer clear of IPOB in order not to create disaffection between both groups.

Nwabueze warned faceless groups trying to foment problems for Ndigbo to retrace their steps and allow Igbo people residing in the state to live peacefully.

“However, it does appear that some elements are insistent on damaging the healthy relationship Ndi Igbo are enjoying with their wonderful host. Ohanaeze Ndi Igbo in Cross River, under my leadership, will not allow this to happen”. Nwabueze stated.

“In view of the foregoing, state meetings of Ohanaeze is temporarily suspended while chapters will continue to function effectively until the security situation improves.

“In the interim, Ohanaeze Cross River is concluding arrangements to go virtual in response to the global standard for large groups where meetings can frequently be organised

Ohanaeze, however, announced the postponement of its meeting scheduled due to security report, “the meeting earlier scheduled to take place in Ugep, Yakurr LGA of the state was postponed due to insecurity” he stated