Minister of Transportation Chibuike Amaechi says work on the proposed Lagos-Calabar railway will commence before the end of 2021.

Amaechi disclosed this on Friday in Calabar while delivering the 34th Convocation Lecture of the University of Calabar with the topic: “The National Question and the Challenges of Nationhood in Nigeria”.

He said that the President Muhammadu Buhari-led administration was committed to massive infrastructural development across the country.

Amaechi explained that the objective was to ease movement across the country and by extension enhance national integration.

“In a few weeks from now, we are going to sign the loan agreement for the commencement of that project and before the end of the year, contractors will move to site.

“The President Buhari administration has embarked on railway construction and rehabilitation from Port Harcourt to Maiduguri, from Ibadan to Kano and from Abuja to Kauran Namoda among others.

“We are also renewing the Lord Lugard railway line that has been out of effective service for decades,” he said.

Earlier, the Vice Chancellor of the University of Calabar, Prof. Florence Obi, who thanked the minister for accepting to deliver the convocation lecture, said that the university was poised to promoting academic excellence.

Obi said the university’s critical infrastructure were also destroyed during the #EndSARS protest on Oct. 24, 2020.

According to her, the male and female hostels, the Academic Publishing Centre, the University of Calabar Hotel and other centres on campus were destroyed during the protest. She noted that when she assumed office as the 11th vice chancellor of the institution on Dec. 1 2020, she took a comprehensive repair of the hostel with a view to providing comfortable accommodation for students. 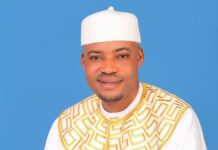 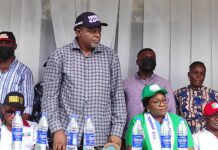