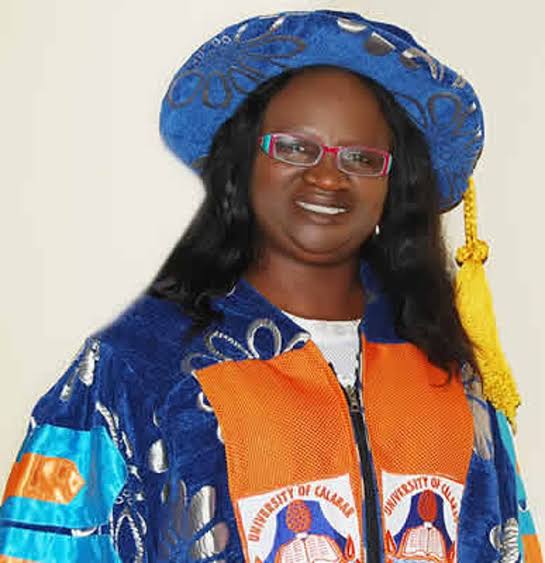 In an environment where misinformation, cheap blackmail, clandestine subversion of facts seem to be the order of the day, one does not expect justice and fairness therefrom.

Howbeit, in the face of such obnoxious and ill informed motives, which if left to go unchallenged would mean acceptance of guilt on the part of the accused, we, the Alliance for Justice and Balance, ‘AJB, in the University of Calabar having thoroughly carried out independent investigations on allegations strewn about on social media against Dr Beatrice Igwe, Bursar of the University of Calabar, by some faceless persons have decided to bring to the public domain certain facts bordering on the lies and innuendoes contained in these write ups: ‘As Unical Corruption stinks, Staff Cry Out for Investigation of Former VC, Bursar”, ” Unical Staff Cry Louder Over Corruption Allegation of Ex. VC and Bursar: series 11″.

Our findings show explicitly that the misinformation is being peddled by some faceless individuals on the social media with the intent to malign and paint black the unblemished record of Dr (Mrs) Beatrice Igwe, as Bursar of the University of Calabar.

To start with, the merchants of misinformation stated in their opening paragraphs that “Soon after the emergence of the current VC Prof. Florence Obi, she (Dr Beatrice Igwe) was slammed inglorious suspension with sketchy details”.

The above statement speaks volume of the mob justice currently transpiring in the University of Calabar where a management staff could be suspended without due process just to satisfy some interests. The faceless authors in their jaundiced piece, rather than read between the lines what is orchestrating the war against Dr Igwe went ahead spewing lies handed to them by hiding under the umbrella of anonymous sources rather than stick to the facts. They wrote outlandishly in one of their many paragraphs, “According to sources which prefer anonymity and documents sighted by this medium Akpagu and Igwe even if given forever may not be able to convince the world beyound reasonable doubt that they are innocent of the allegations of corruption hanging around their necks” How ludicrous. “sources which prefer anonymity”, “documents sighted by this medium”. Not even a single page of the so-called documents “sighted” or a single case in point was posted. All these in effort to paint the former administration black with a view to carry out a vendetta.

Fuming further in their odious piece, the authors wrote, “As the story goes”, bringing to the fore, their motivation which is ‘story telling” just for pecuniary reasons. Otherwise, how can staff including professors they claimed to have interviewed allude to anonymity. “for fear of victimisation”. Who is to victimise them. People who are no more in office?

“In their puerile effort to paint Dr Igwe black, they claimed at one point that” The Bursar was always running to the VC whenever she sees a lacuna to be exploited for financial misappropriation. How else will you explain the over bloated ego despite the various complaints”. How infantile and unimaginative can some people be! What are the financial lacuna exploited? Why not point them out? What do they mean by “over bloated ego”? Real trash.

In their ignoble rush to apportion blame, the authors claimed the Bursar misappropriated COVID-19 funds sent to the University of Calabar. They failed to understand that funds disbursed to universities in Nigeria is through specific account’s and not one individual can have access to such accounts, talk much of withdrawing from such account, not even the Vice Chancellor. How then can Dr. Igwe single handedly sign and appropriate COVID-19 money. Which to say the least, is nonexistent.

At another instance, the authors in their ignorance claimed that the Bursar in collusion with the VC insisted on 100% payment of fees by students of the university before writing examinations and such money was misappropriated. They do not know or acknowledge the fact that the University of Calabar operates a Single Treasury Account, TSA, and no money can be withdrawn without the approval of the Accountant General of the Federation and the Auditor General of the Federation keeps a close watch of all transactions in the universities’ funds.

We, in Alliance for Justice and Balance therefore call on all those behind such evil machinations to put pay to their actions to forestall being met with calamity in their devilish ways. God is watching.