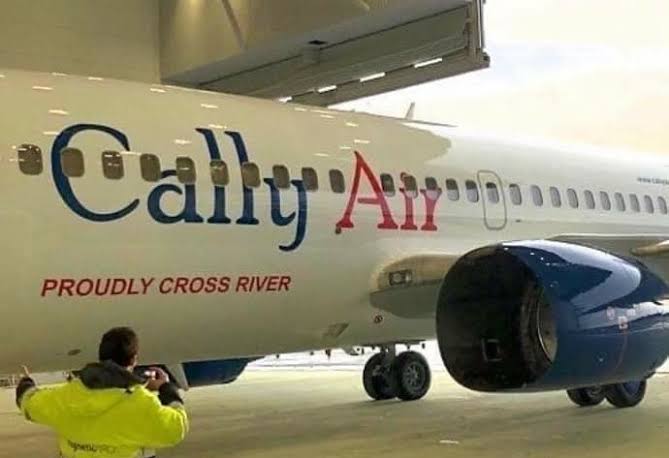 Linnea Ahlgren an Armsterdam, Netherlands-based journalist, a key member of the Simple Flying team, with eight years experience in publishing and citations in publications such as CNN, brings a deep understanding of politics and future aviation tech to her stories. She touched on CallyAir, Nigeria’s start-up airliner.

Five years after its intended launch date, Nigerian startup airline Cally Air has taken delivery of its first aircraft. The Boeing 737-300 arrived in Lagos on Tuesday, April 6th. Formerly flying for airBaltic, the 22-year-old jet now registered as 5N-BYR was greeted by a water cannon salute by its new operator.

Based in Calabar
The aircraft began its journey from Tallinn, Estonia, at 11:46 local time. After a stop at Malta International Airport of just over one hour, it continued towards Nigeria’s financial capital, where it landed at 20:04. Meanwhile, Cally Air will base the aircraft out of its home in Calabar, the capital of Nigeria’s Cross River State.

The recent arrival in Nigeria is leased from World Star Aviation (WSA), specializing in mid-to-late life used commercial aircraft. Before making the journey to Lagos, it had been stored at Tallinn Lennart Meri International Airport since November 23rd. However, prior to this, it was withdrawn from use on February 28th, 2020, and later stored at Riga International.

Another former airBaltic Boeing 737-300 is set to join the Cally Air fleet soon. Re-registered as 5N-BYQ, the 21-year-old jet is currently stored at Leoš Janáček Airport Ostrava in Czechia, waiting to be ferried south. It also previously operated for airBaltic as YL-BBX, leased from Tokyo Century Corporation. The planes are configured with an all-economy 144 seat cabin.

airBaltic also leased the first Cally Air 737, at the time registered as YL-BBR, from WSA. The Baltic carrier leased 15 out of its 20 Boeing 737s. Not anymore, however, as the airline turned into an all-Airbus 220 airline when waving goodbye to its last Boeing aircraft in December last year.

PPP five years in the making
The startup airline is a joint venture between the Cross River State Government and DANA Group, one of Nigeria’s leading industrial conglomerates, in a Public-Private Partnership (PPP). It was initially founded five years and was meant to commence operations in November 2018 with a De Havilland Dash-8. The state’s government supported the airline as part of a tourism investment strategy.

Plans were for Cally Air to operate the Dash-8 from its base in Calabar to major hubs Lagos, Obudu, and the country’s capital of Abuja. A list of planned destinations for the higher capacity 737s is yet to be made public.

In good startup company
The Nigerian airline startup environment is teeming with activity. Green Africa Airways is set to launch operations this year, and United Nigeria Airlines just received its Air Operators Certificate on February 1st. Just as airBaltic, Green Africa is betting on the Airbus A220 for its operations.

In February last year, the airline signed an MoU with Airbus for 50 of the A220-300 in one of the most significant orders for the program, and the largest ever from the African continent.

While Cally Air may have more humble beginnings ahead, it is exciting to see where it and the Nigerian commercial aviation market will go as West Africa, and the world begins to emerge on the other side of the crisis. 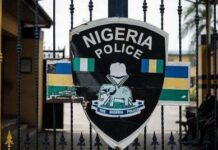 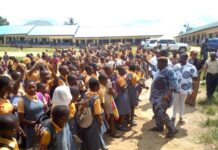