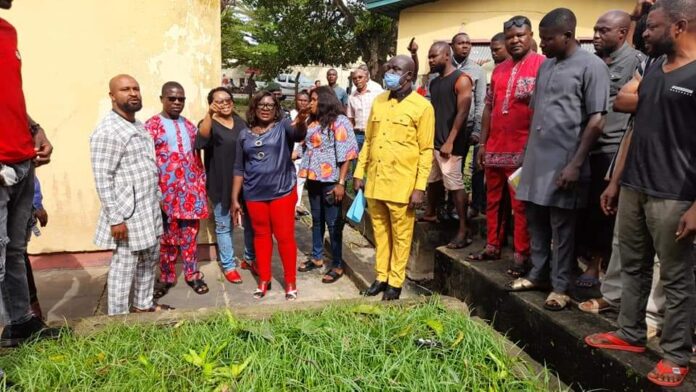 The Vice-Chancellor of the University of Calabar, Prof. Florence Obi, has called on the Ministry of Niger Delta Affairs, Tertiary Education Trust Fund and the Niger Delta Development Commission to come to the aid of the university over the massive destruction of facilities by windstorm.

Prof. Obi, who inspected the affected areas on Friday in Calabar, lamented that properties worth millions of naira have been destroyed by windstorm that occured during the heavy downpour of Thursday night.

Others are the Sen. Godswill Akpabio Engineering Lecture Theatre, telecommunication mast, the Isolation Centre, electrical and solar installations, the Vice Chancellor’s office, the male and females hostels among others.

The VC said that the windstorm was coming at a time where the University was yet to recover from the destruction of its facilities by hoodlums who hijacked the Endsars protest on Oct. 24, 2020 in Calabar.

“Today is another very sad day, just like it happened during the Endsars protest. When I came onboard as VC, we commenced the fixing of the hostels and other areas that were destroyed by the hoodlums, here we are again witnessing another form of destruction.

“We have invested so much on the printing press because we wanted to make it a commercial venture; even the Senate Chambers of the University where we used to have our international cooperation have all be affected because the roof has been destroyed. 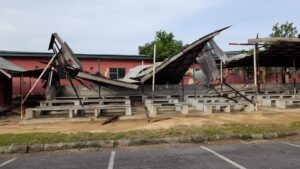 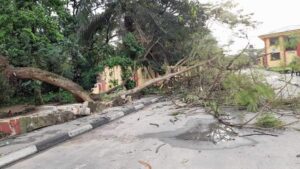 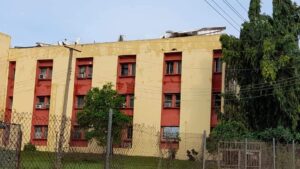 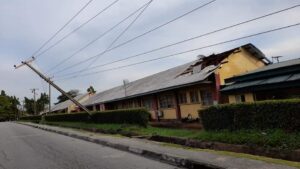 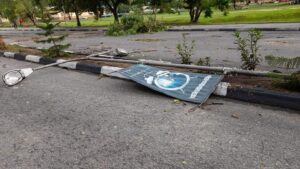 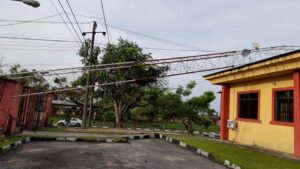 “The sad story is that the new Medical College building that was yet to be handed over to the school was also badly affected.

“We are appealing to the Minister of Niger Delta Affairs, Sen. Godswill Akpabio, the Niger Delta Development Commission, National Emergency Management Agency, TetFund, well meaning Nigerians and Alumni of the institution to come to our aid,” she said.

The Registrar of the University, Amb. Jammy Egbe, who was also on the inspection tour, appealed to relevant government agencies to come in an assist the University in the area of projects intervention.

The Student Union President of the University, Mr James Ugah, also appealed to the Federal Government and the Ministry of Niger Delta Affairs to urgently intervene, especially in the hostel with a view to replace the damaged facilities. 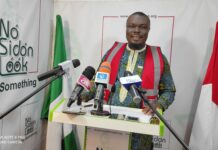