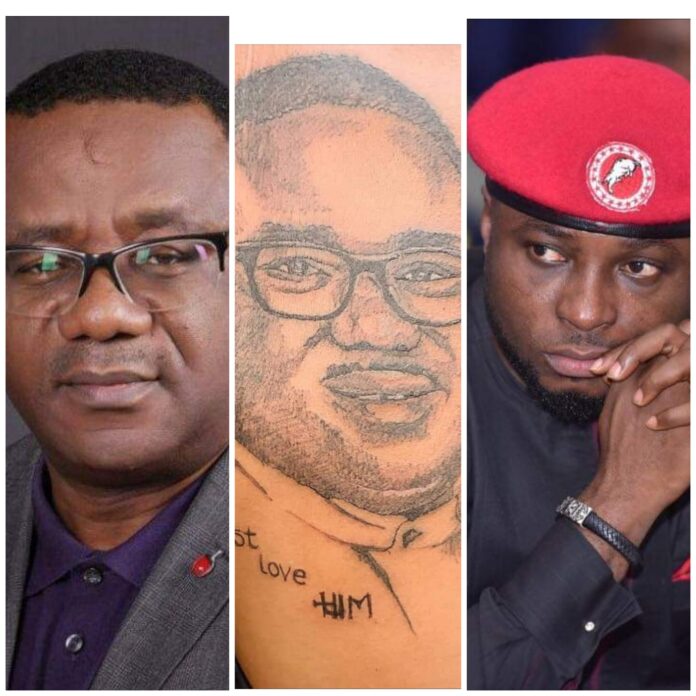 Asu Okang the Commissioner for Information, Rita Ayim, Ntufam Donatus Etim (who reportedly resigned last week) and Mike Usibe –all of them Commissioners have been relieved of their appointments. 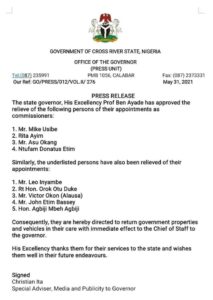 Okang had reportedly stopped going to his Ministry of Information office for over three months, Ayim’s name made the list of PDP Cross River Caretaker Committee.

This development is contained in a press release signed the Christian Ita the Chief Press Secretary to the Governor.

These nine being of the PDP in the state are yet to defect to the APC. Whereas, their principal Ayade defected on Thursday 20th May from the PDP to the APC. 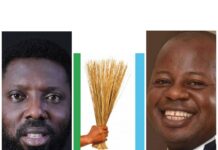