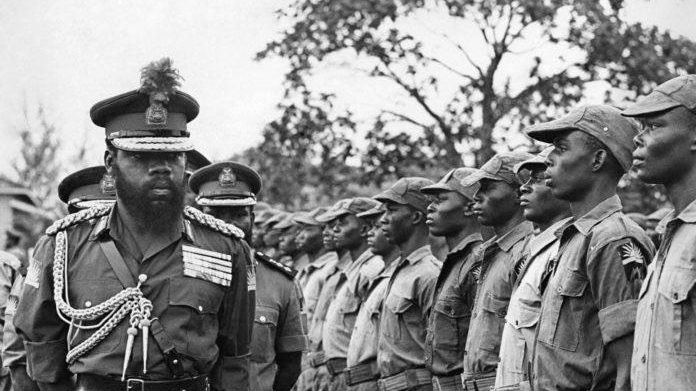 “And the Lord asked Cain, ‘where is thy brother Abel?’ And he said ‘I know not: am I my brother’s keeper?’ And the Lord said, ‘what have you done? The voice of your brother’s blood is crying to me from the ground’- Genesis 4: 9-10.

Today is Biafra day. It is a day that has been set aside to honor the memory of the 3 to 5 million Biafran civilians that were killed in the Nigerian civil war which took place from 1967 to 1970.

It is pertinent to note that 95% of those that were killed were civilians and at least one million of them were innocent children who were purposely targetted & systematically & clinically starved to death.

This is one of the greatest war-time atrocities & barbaric acts of ethnic cleansing, mass murder & genocide in human history and the entire world sat by silently and watched with horror & disgust as the Nigerian state effected it with cold-blooded precision.

To use Macbeth’s infamous words in William Shakespeare’s famous play, this was indeed a “bloody business”.

Yet at the time & for the last 50 years, instead of showing remorse, the Nigerian state has tried to justify this madness, including the starving of little children, by making a series of heartless & incendiary statements like “starvation is a legitimate weapon of war” & others like “we cannot be expected to feed our enemies”.

These words & such sentiments are not only heartless, chilling & cold-blooded but they are also totally & completely unacceptable.

What we did to the Biafran civilian population was nothing short of a war crime & every single person that was in any way involved in the carnage should have been prosecuted for crimes against humanity at the International Criminal Court.

Aside that I have always maintained that Nigeria owes an apology to the people of the South East for this great injustice & act of sheer wickedness.

Admitting that what we did was wrong is not an act of weakness & neither does it make those of us that say it unpatriotic.

Femi Fani-Kayode is a former Minister of Aviation