NEGROID HAVEN
Truth in view of Africa\'s Liberty!
More
Home Opinion THE NIGERIAN CIVIL WAR; WHY DO THEY WANT US TO FORGET? –by...
Facebook
Twitter
Pinterest
WhatsApp 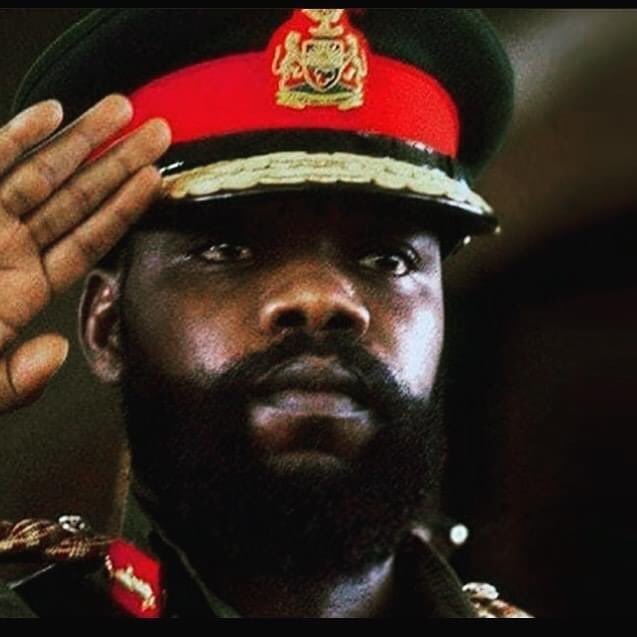 A couple of years back I was in South Korea to do a short course on Competition Law and Market Economy Growth, as part of the course we visited some landmark institutions in Seoul.

We visited the Korean War Museum.

The War Museum is a gargantuan structure, imposing in size and content. It tells the story of the Korean civil war in such a graphic manner that leaves an everlasting impression on any one who visits the museum.

Real planes, ships, guns, armoured cars and other weapons of destruction stood there in concrete testimony to the lives they have given and taken in the name of sovereignty.

We walked into a mighty hall with the aura of a Jewish temple and the ghoulish shadow of a cemetery. In that massive hall, on the massive walls, is written the name of every soldier who died during the Korean war.

In sacrosanct awe, we read each name, watching them die again before our eyes… The image those names invoke were that strong. When my eyes got tired of reading, my soul went on… Reading every name on that wall and wondering the sacrifices man make for fellow man.

Our guide pointed us to a name on that wall. An American. He was 17 years old. He left his country and came to Korea where he died fighting. At 17 he probably had not felt the warmth of a woman. No child. No house. No money. All he had was his life, which he laid down for fellow man.

In Nigeria. We have fought a Civil War too… But they don’t want us to remember.

The story of our civil war is buried in some sort of official secrecy. We are going around pretending as if 1967-1970 didn’t happen. We don’t want to remember the over 3 million people that died. We are afraid to talk about it; to even think about it. It’s like someone somewhere believes that if we ignore history it will cease to exist.

It’s sad. It’s sad because we don’t know that a large chunk of our collective prosperity lies in our history, no matter how macabre.

If this country under God must prosper, we must talk about that war. We must accept the misfortune that was that war and take the many lessons therefrom.

I know many persons have spoken (and still speak) written (and still write) about the war, but as a country we pretend as if the war never happened. Why is there no war museum in Abuja as we have in Seoul? Why is there no national day to commemorate the war and the millions of souls that perish in that war?

Our silence as a nation has given the microphone to those who tell single stories; we have given the day to those who only want to remember their dead while pissing on the memory of the dead of others.

Let’s us gather round every year and remember how a young nation bubbling with promise wobbled and stumbled under the weight of acute tribalism. Let’s remember how young soldiers, mostly from igbo, staged a coup and killed politicians mostly from the north, how this brought an igbo man to become head of state, how this igbo head state was killed by mostly northern soldiers, how the igbos were killed in numbers in the north, how they fled back to the east and how their military governor declared the east a country.

Let’s remember how war broke out, how the igbos were killed by bullets, bombs and starvation; how the igbos also fought back, killed others and annex territories… And then the war ended.

Let’s stop pretending it didn’t happen. Let’s talk about it. Let’s learn from this and grow. Those who pretend this never happened are those who are foolish enough to also pretend that factors which caused the war are no longer with us.

May the soul of all the departed through the mercy of God rest in peace. Amen.