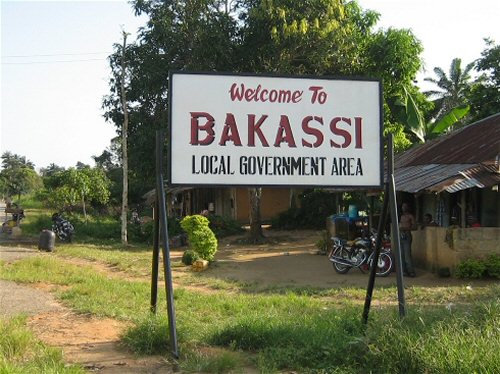 The ten (10) lawmakers that constitute the Bakassi Legislative Council in the Bakassi LGA have unanimously resolved that they are not in a hurry to defect to the ruling All Progressives Congress (APC) from the opposition People’s Democratic Party, PDP, NEGROIDHAVEN has garnered.

This resolve was arrived at on Tuesday evening during a meeting of the ten local lawmakers with designated political leaders of the local government, namely, Florence Ita-Giwa a former federal lawmaker representing Cross River South Senatorial District, Ani Esin the Deputy Chief of Staff to the Governor, Austin Ibok the Senior Special Assistant on Amnesty to the Governor, etc.

In an interview with sources, who were present at the meeting but are pleading anonymity because they are not authorised to speak for the other local lawmakers, ‘our reasons for refusing to defect in a hurry is traceable to the total breakdown of security in our local government, as we speak with you now, there is insecurity in Bakassi which is seriously threatening to the protection of lives and property. Unfortunately, the state government is not doing anything to address the situation especially the release of security votes.

‘There is inconsistency in the disbursement of legislative votes: we are eleven months in office but, we have received legislative votes for only three months. This has rendered us helpless as we are unable to help our constituents.

‘Finally, our furniture allowances is yet to be released but yet, we are asked to defect. Our question now is: why should we defect? Should we defect, will there be a change?’

Further findings reveal that throughout the over three hours meeting today at Ita-Giwa’s residence, the plea by these political leaders of the PDP in Bakassi to the lawmakers fell on deaf ears as they were unable to answer the important questions posed to them.

Gov Ben Ayade defected on Thursday to the ruling All Progressives Congress from the PDP stating the disposition to be close to the centre.