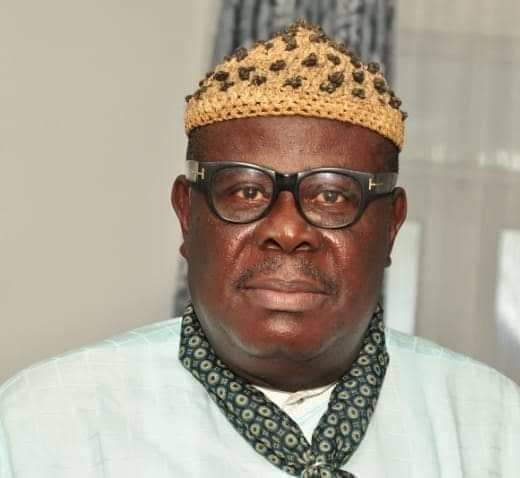 1. This morning armed policemen cordoned off the Cross River State PDP secretariat at 42 Murtala Mohamed Highway, Calabar, and created cover for thugs from the Governor Ben Ayade faction of the APC to invade the PDP state secretariat with the intention of converting the property to the state secretariat of the APC. Currently properties of the PDP, especially vital documents and records of the party, that have been built up for over twenty years are either vandalised, destroyed or in the custody of Governor Ben Ayade. Members of the newly constituted PDP state Caretaker committee have been prevented from accessing the property by APC thugs and men of the Nigerian police. The building is currently being painted in the colours of the APC.

2. Accordingly, we vehemently protest this primitive invasion of the PDP secretariat by the APC on the instructions of Governor Ben Ayade. PDP has a subsisting tenancy over the property. We have the tenancy agreements and receipts evidencing payment of the rent for the current tenure in respect of the property. The lessor of the property has clarified that the tenancy of the PDP in respect of 42A Murtala Mohamed Highway is still subsisting. Protesting the primitive action of the APC, the Lessor lamented:
“I understand that the property is right now being painted with APC colours and I am calling to say that I have no agreement whatsoever with APC. I hereby state that PDP’S tenancy is still subsisting and they remain my legal and recognised tenant”.

3. This invasion amounts to criminal trespass, malicious damage to property, and constitutes conduct likely to lead to a breach of the public peace. We are surprised that it is Governor Ayade, who has the constitutional responsibility, as chief security officer of the state, for maintaining law and order, that is promoting this type of dubious and vicious conduct. When the ordinary man on the street copies this behaviour and moves into any house or property that catches his fancy, including Governor Ayade’s newly acquired sprawling properties in Cross River state, we hope this will be taken as political fair game.

4. The conduct of the APC is a new level of low in Nigerian politics. This action is inciteful and vendetta driven. The PDP delivered the mandate of the people of Cross River state to Governor Ayade firstly as a senator, and twice as governor. While we respect Governor Ayade’s political choices, we state that he has no right to impede the peaceful conduct of the affairs of law abiding citizens of Cross River State, including the organisation of any political party.

5. We therefore call on the leadership of the APC in Cross River State, and the national leadership of the APC, to reject Governor Ayade’s infantile behaviour and allow the PDP the peaceful occupation and use of its property. We also demand the return of all documents, property and equipment removed from the PDP secretariat by the APC. We believe that President Mohamed Buhari can encourage Governor Ayade to respect law and order and desist from conduct that further exacerbate the security situation in the country.

6. Finally, we believe that Governor Ayade is missing an opportunity by not acquiring a new building for his faction of the APC in the state. Doing so will be his opportunity to at least complete a project in Cross River state during the lifetime of his administration.