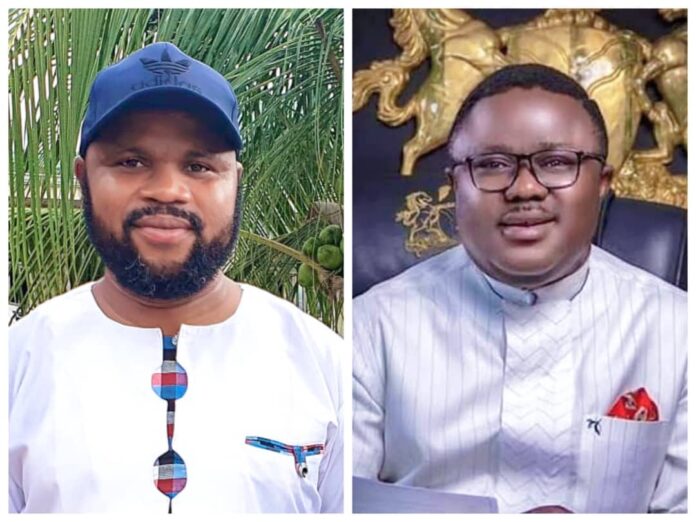 The Technical Assistant to the Vice President on New Media, Hon. Philip Obin, has congratulated and welcomed the Executive Governor of Cross River State, His Excellency, Senator (Prof.) Ben Ayade, to the All Progressives Congress (APC).

Describing the Governor’s decision to join the Progressive fold as timely, Hon. Obin commended him for taking the bold step, which majority of Cross Riverians would always cherish as the best thing to have ever happened in the political landscape of the state.

Obin, in a statement signed by his Special Assistant on Media and Publicity, Mr Kelvin Obambon, dated May 20th, expressed firm believe that the governor would ride on the Progressive waves to achieve all the laudable programmes and policies lined up for the overall economic, political and social upliftment of Cross River.

While calling on all citizens to rally round the Governor, the Presidential Aide pledges total support and loyalty to the Governor as leader of the party, and also expressed the willingness to work with him to take the state to the next level in accordance with the ideals of the President Muhammadu Buhari and Vice President Yemi Osinbajo’s administration.

He concluded by urging the Governor to carry everyone along, as his entrance has naturally put to rest the age-long battle over who leads the party at the state level.