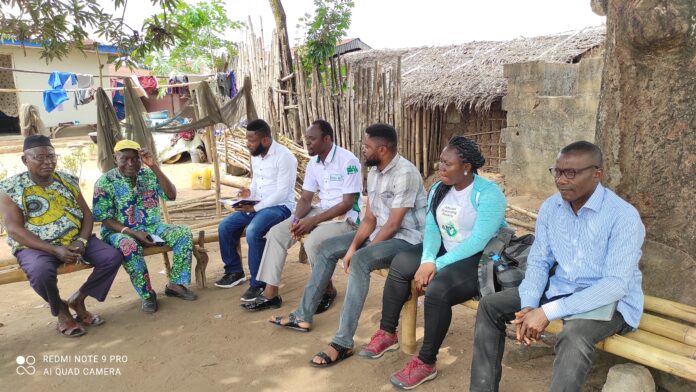 A non-governmental organization given to Peace Building and Conflict Management in the Niger Delta region of Nigeria, Partners for Peace in the Niger, P4P has called on the government of Cross River State to as a matter urgency begin the process of implementing the report of the Ndoma-Egba-led committee it set up to mediate on the Ebom, Ebijakara crisis NEGROIDHAVEN has garnered.

In a statement issued by the Cross River State Chapter Coordinator of the Network in Calabar, Mr. Ukorebi Esien, mentioned that the Governor having received the report from the Ndoma-Egba-led committee over 3 months ago, should as a matter of urgent public interest begin the implementation process of the report so the crisis do not return. He noted that implementing the report will go a long in ensuring that the ongoing peace process as brokered by several Peace Actors within the communities and members Network wouldn’t be in vain.

Ukorebi who made this known in a message made available to our news room as part of the Partners for Peace P4P’s activities to celebrate the 2021 World Peace Day commended governor Ben Ayade for having the courage to delve into the Ebom, Ebijakara crisis which has lasted for close two decades with several persons displaced while lives and properties worth millions of Naira have been lost, insisted that Peace must return to the Bahumono communities of Abi Local Government Area for sustainable development to begin.

“Having gotten the report from the Ndoma-Egba’s led committee which have worked tirelessly and produced her report, it is only pertinent that the governor ensure the report is implemented. The people are ready for Peace, but government must help them ensure that peace is achieved and one way in doing that is to implement the report.

No doubt other governors in time past had attempted solving that crisis but what will distinguish governor Ayade’s approach and that of his two predecessors will be in the sincerity of purpose by implementing the report by the committee,” The report reads in part.

Ukorebi also inform that P4P have been at the forefront of peace building and conflict mediation in Cross River State, stating that the network have been involved in several interventions across the state and its currently intervening in the Erie communal crisis in Biase LGA and the Bahumono crisis in Abi LGA.

He therefore called on all stakeholders and security agencies to re-enforce and ensure Cross River state regains its status as the most peaceful state in Nigeria.