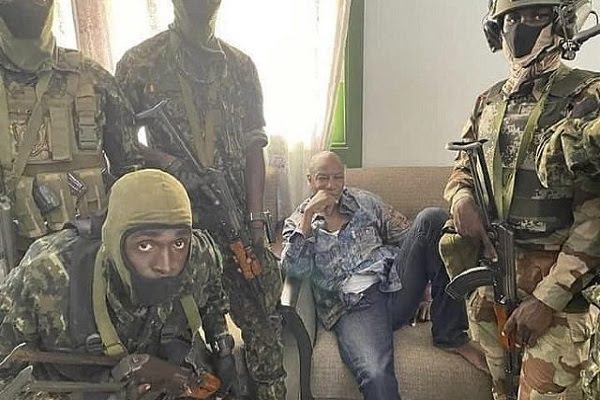 President Alpha Conde’s government of Guinea has been ceased by Guinean Army Colonel, Mamady Doumbouya, on Sunday NEGROIDHAVEN can say.

Doumbouya who seized control of state television announced Conde’s ousting after hours of heavy gunfire erupted close to the presidential palace in Conakry.

The mutinous group of soldiers led by Doumbouya labelled itself the National Committee of Gathering and Development.

“The personalisation of political life is over. We will no longer entrust politics to one man; we will entrust it to the people… The duty of a soldier is to save the country,” Doumbouya said

Conde’s popularity plunged after he sought for a third term in office.