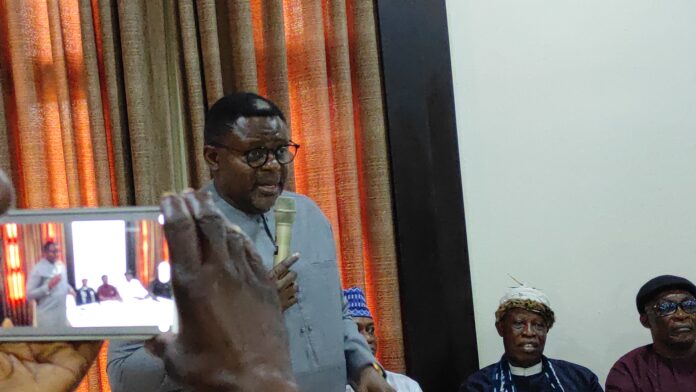 This consensus gubernatorial nomination is a product of a Monday unanimous decision by party stakeholders and aspirants in a meeting which took place in Transcorp Hotel, Abuja having in attendance Governor Ben Ayade, APC Cross River state chairman Alphonsus Eba and all the gubernatorial aspirants under the platform of the All Progressive Congress, APC.

Otu popularly called Sweet Prince had been adjudged the most popular of all the APC Cross River aspirants.

Senator Otu (born 18 October 1959) is a Nigerian politician who represented the Calabar Municipal/Odukpani constituency of Cross River state, Nigeria in the Federal House of Representatives from 2003 – 2011. He was elected Senator for Cross River South in the April 2011 elections, running on the People’s Democratic Party (PDP) platform.

He later defected in 2016 to the All Progressives Congress (APC) and emerged the Cross River South Senatorial flag bearer of the party in the 2019 election.