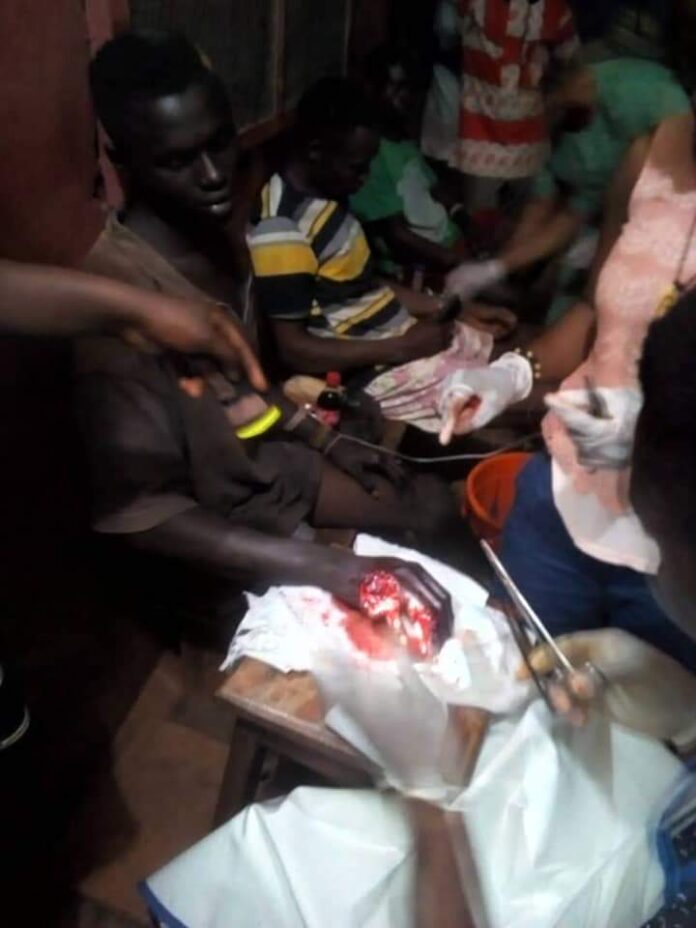 The Izzi people of Ebonyi state during the weekend invaded Ofenekom and Apiapumtet communities, all in Obubra LGA of Cross River state, leaving scores of people injured and displaced NEGROIDHAVEN has garnered.

The attack which took place in the evening of Saturday and recorded scores being wounded and displaced is inspired by a lingering land dispute between the Izzi people of Ebonyi and some riverine communities in Obubra LGA.

According to Castro Ezama a Special Adviser to the Governor of Cross River on education and who hails from Obubra, ‘One person is badly injured… He’s at UCTH.’

When our correspondent inquired about whether community dwellers have been displaced, SA Ezama added ‘A village known as Ijigha Ibom does not have a single house. They are seeking refuge at Owakande 11.’

The lawmaker representing Cross River Central at the 9th Senate of the Federal Republic of Nigeria, Prof. Sandy Ojah Onor, had raised the issue at the floor of the red chamber of the National Assembly.

In a brief phone interaction with the Police Public Relations Officer, PPRO, Cross River Command of the Nigerian Police, in Calabar, Irene Ugbo, while adding that she would get back to NEGROIDHAVEN with more information, informed our correspondent that while the incident started two weeks ago, and there was an attempt to reconcile the communal rivalry, she observed that ‘one would think that the matter had been resolved and that was the end of it’.

One of the badly injured individual is about to be ushered into the theatre of the University of Calabar Teaching Hospital for surgery to remove embedded bullets.

Pictures from the Sunday incident is gory.