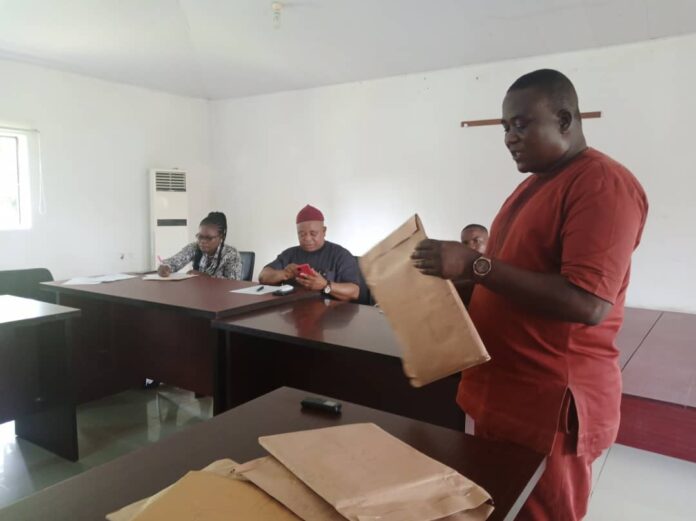 The Cross River State Commissioner for Aviation, Rt. Hon. (Dr.) Jacob Otu-Enyia has disclosed that the invaluable initiative of His Excellency, Sen. (Prof.) Ben Ayade in establishing an International Passenger and Cargo Airport, coupled with his Industrialization drive in other sectors will bring economic fortune for the State as well as employment opportunities for the people NEGROIDHAVEN can say.

Speaking during the Financial Bids Opening for the procurement of a contractor for the construction of Obudu International Airport and Resort, Rt. Hon. Otu-Enyia revealed that the evaluation and analysis of the technical bid was done with utmost transparency and acepted international standards, following laid down principles of due process, resulting in the Financial Bids Opening. He inferred that Governor Ben Ayade who is insistent on due process at every level of engagement is desirous that the Airport be ready for use come 2021, enjoining whoever wins the bid for the contract to be conscious of the timeline, follow laid down procedures with high standard materials put into use, to give the State value for money being spent and for the safety of would be passengers.

The Commissioner informed that the financial bids opening was at the instance of having analysed and evaluated the technical bids so submitted by interested contractors, adding that out of the six contractors who Indicated interest and also bidded for the contract, three were successful from the technical bid evaluation and analysis and they are: SUMEC Engineering; WORKOR Services; and CIBA Construction Companies. He noted that a combination of the financial and the technical bids would be analysed effectively before awarding the contract to the most qualified.

Also speaking, the Assistant Director Procurement, Mrs. Esther Ushie, who represented the Director General, Cross River State Due Process and Price Intelligence Bureau commended the Ministry for following the procurement proceedings in line with due process guidelines and encouraged whoever emerges to efficiently carryout their job for even the benefits of generatio

Lending his voice in commendation of the State Ministry of Aviation for following due process and transparency, Mr. Suleiman Abbah, representing the Zonal Head, EFCC Zonal Office stated that the process has so far been open and transparent, thereby worthy of commendation, adding that subsequently, profile of contractors bidding for project execution should be submitted to the EFCC for background checks.

Also, a representative of WORKOR Services Mr. Henry Chibuzor, who spoke on behalf of other Contractors at the bid, lauded the Ministry on her insistence on due process in all of the bids opening, noting that it is examplary and worthy of emulation. He however appreciated the opportunity accorded to participate in the bidding process and pledges their commitment to contribute their quota to the development of the State.

It would be recalled that the State Ministry of Aviation had on the 24th of November opened technical bids for the construction of Obudu International Passenger and Cargo Airport which has become necessary in the face of lean resources and dwindling Federal Allocation to the State.

Use of force? What transpired between Speaker Williams’ security details and...