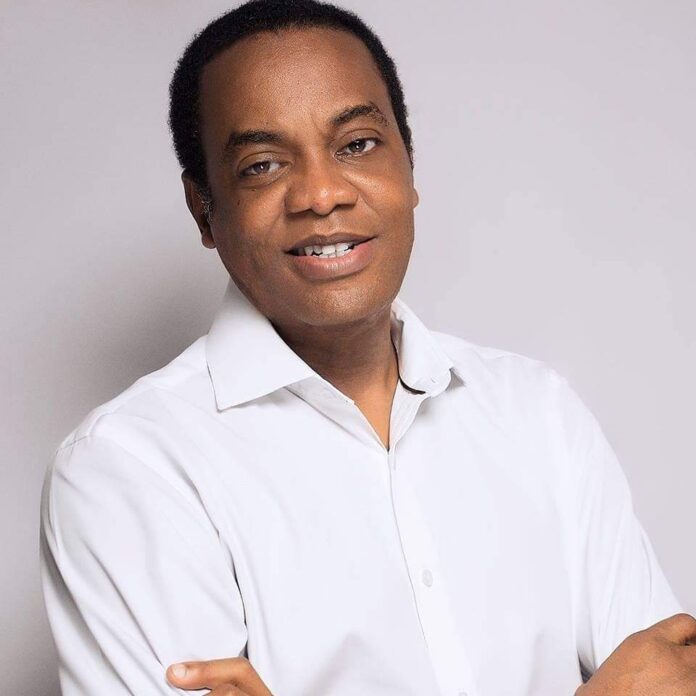 Donald Duke a Social Democratic Party’s (SDP) presidential candidate in the 2019 general elections in Nigeria, Thursday morning, bore his mind on the breach of the United States’ Senate building by American protesters and supporters of President Donald J. Trump during the certification of the results of the just concluded presidential elections in the US, where Joe Biden and Kamala Harris of the Democratic Party emerged victorious against incumbent Trump and Mike Pence.

According to Duke, “It is time we grow up and assume responsibility of our fate, those we look up to are no better than us. The best politics is and will always be to, ‘DO THE RIGHT THING”.

The former governor of Cross River state who reacted through his verified Facebook page earlier noted that ‘Recently we have all been witnesses to the demystification of the United States and her democratic institutions… The hypocrisy of the West is at the fore. If this occurred in some other country, let alone some African nation, the West, with the United States at the forefront would have been at the vanguard calling for rule of law and respect for the constitution. Even imposing sanctions and other economic and political restrictions… America has had the temerity to lecture us on our comportment in our two last national elections.’

However, a cross section of Nigerians have disagreed with Duke on the grounds that Nigeria’s practice of democracy is not anything close to America’s. Anthony Adie for instance said ‘We can see clearly the Democratic efforts being made by the USA to do the right thing. That is clearly lacking in Africa. There is always a deliberate effort to repress, intimidate and manhandled those who thinks otherwise of the process and procedures. This represent a clear lack of comportment on the part of Africans hence the need to call us to order. We must never pretend to be at the same standing with them.’ On his part, Chiedu Ajufo observed that ‘There is no need for us to start posturing and feeling all self righteous. There is still a huge difference between us and the USA and there is a lot we can learn from what is happening. At the end of the day, the American constitution will prevail because they have built strong institutions which are bigger than every individual including the president.’ Wilson Hosea King reacting argued ‘And AMERICANS ARE DOING THE EXACT RIGHT THING! Protest! Fight! Defend their constitutional right and electoral integrity! Unlike the dosility and wailing that fills the air from oppressed people in Nigeria everytime politicians force themselves on us! Why be hypocritic about your failures and woes for the fleeting consolation to not feel inferior when you’re indeed absolutely inferior?!’

However, the convener of the National Conversation, Princewill Odidi, has observed that ‘It’s all about race. What you see happening has nothing to do with rigging or election fraud, it’s all about what white supremacist racist groups thinks of the rest of us. When they clamor “take back america” what they mean is all non whites should be subdued. What you actually see is a racist war, but truth justice and equity will prevail. Come January 20th, a leader who believes all men are created equal will be sworn in.’