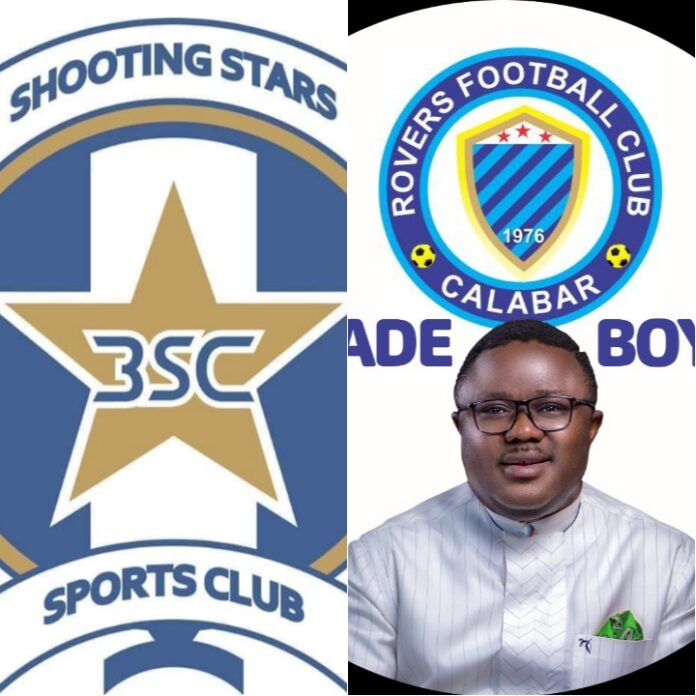 Rovers Football Club will depart Calabar on Friday 12 February, 2021 to begin it campaign in the Nigeria National League 2020/2021 season, as the ‘Ayade Boys’ square up against Shooting Stars Sports Club (3SC) of Ibadan in the week 1 match.

The encounter with the Oluyole Warriors is slated for Sunday 14th February, by 4pm at the Dipo Dinu Stadium, Ijebu-Ode.

Rovers FC formally resumed training on the 5th of January, 2021, and has since then intensified preparations with quality friendly games, as the team looks forward to securing promotion to the Nigeria Professional Football League (NPFL).

The club has played a total of 8 friendly matches; won 7 and drew 1. Five of the teams played are from the National Amateur Division, while 1 from the Nigeria National League.

Meanwhile, in a chat with Rovers media unit, the club’s Chairman, Mr Ejen Ebam, said that with the amount of preparation put into the team, Cross Riverians should expect nothing less.

He thanked the governor of Cross River State, Prof. Ben Ayade for the massive support given to Rovers, and passionately appealed to him to sustain the good work, especially now that a new season is about to kick off.

Ebam also commended the Honourable Commissioner for Sports and Cinematography, Chief Offu Aya, for always standing up for Rovers FC, ensuring that the club’s needs are met without delay.

He concluded by calling on all Cross Riverians to give Rovers the maximum support on which the team can leverage in achieving its mandate.