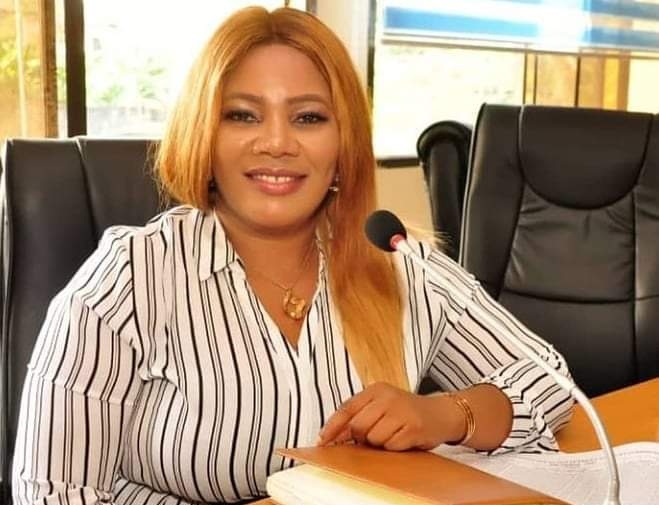 Chairman of the Biase Local Government Council, Hon. Mrs Ada Charles Egwu has refuted claims by the Vice President, Yemi Osinbajo’s media aide, Phillip Obin over report that the area has no security or government presence despite the huge Federal Account Allocation Committee (FAAC) of N180m been disbursed to the Local Government Area.

Recall that Obin in a recent opinion piece titled ‘How Governors are fuelling insecurity and yet looking elsewhere for solution’, questioned the Cross River State Governor, Ben Ayade of rationally siphoning the Council funds aimed at fighting insecurity within the area.

He accused the governor of arm-twisting Hon. Mrs Ada from judiciously executing her responsibility as a council Chairman while also alleging that only N5m was disbursed to her.

However, reacting to the claims, Hon. Ada debunked such allegations, saying it was an attempt to tarnish the image of the amiable governor, Ayade and his contributions in the fight against insecurity in the state and the LGA.

She also urged the VP’s media aide to verify his information on claims that unspecified numbers of Fulani herdsmen were killed and dozens of their cows carted away somewhere in the LGA, as she described his move as a desperate act to make himself relevant in the media sphere.

Ada further revealed that Gov Ayade has never arm-twisted her as claimed by Obin and said that the Gov has been of immense help in quenching the flames of violence within the LGA.

People of different ethnic background have lived in peaceful harmony thanks to the regular security orientation being delivered to the people by Hon Ada via the guidance of Gov Ayade. Regular security patrol to further checkmate any form of violence have been a major call of the present administration devoid of sentiments.

Besides, in a bid to also ensure that they curtail youths restiveness, the Chairman of Biase LGA engaged over 610 youths in different sectors like health, security and agriculture, where they are paid a stipend of N30,000 monthly. The initiative was in conjunction with the administration of Gov Ayade.

She also renovated the Biase council Secretariat, the legislative block, the political block and the chairman’s quarters in order to ensure the smooth running of daily activities. She also purchased standard office furniture for all the departments, exco members, and councilors.

By and large, Hon Mrs Ada, has achieved massive development within council area thanks to the understanding and support of Gov Ben Ayade, who constantly monitors and ensure that Biase derive the benefit of good governance.