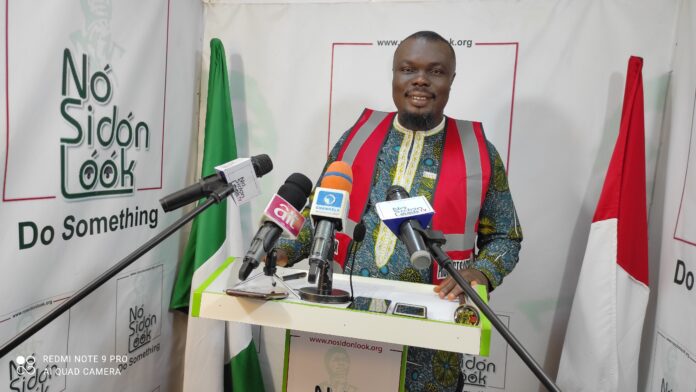 No Sidon Look, a not-for-profit and non-governmental organisation with keen interest in public governance in the Niger Delta region in Nigeria, and head corporate office in Calabar the Cross River state capital metropolis, Friday, unveiled her Local Government Assessment Tour NEGROIDHAVEN can report.

This initiative is an indication of her intention to embark on a state-wide assessment of projects implementation by local council authorities at the grassroot level in Cross River especially the oil-rich Niger Delta region. According to Mr Portrait Peterson the Executive Director of the organisation, the initiative will include a public lecture and performance award ceremony (after the assessment tour by next week).

Peterson who noted that No Sidon Look is representative of the people of Cross River, disclosed that the local authorities should not perceive the move sentimentally as being a witch-hunt but, a candid disposition to hold political leadership accountable on behalf of the people.

While addressing in pidgin a cross section of journalists and CSOs in Calabar, Peterson said ‘I invited the media today for the formal unveiling of the Local Government Projects Assessment Tour, No Sidon Look is not a Calabar thing, it cut across the 9 states of the Niger Delta region. However, in Cross River we want to take a critical look at what is going on in the state at the LG level.

‘It is one thing to vie for public office to want to be a chairman/chairwoman, it is another thing to deliver on campaign promises to the people.

‘Of course, we are aware that this month marks the one year in office of our Local Government elected authorities. Permit me to start by saying congratulations to them. Beyond this, we will be touring round to assess their achievements thus far.

‘This tour will take us across the 18 LGAs in the state. It is not a witch-hunt, it is not a biased tour, it is not going to be discriminatory. It is just an assessment. Non of the chairman should take it personal. When you took oath of office as chair, it was already implied that you would be held accountable’, he said.