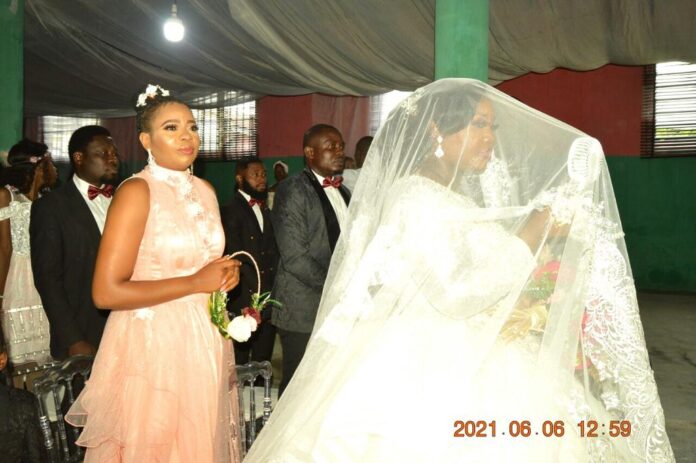 Nora is the Personal Assistant (PA) to the Honourable Commissioner for International Development and Cooperation (MIDC), Dr. Inyang Asibong, in Cross River as well as a PDP Ward Leader in Calabar South LGA.

Sunday, witnessed the Hon. Asibong escorting Nora Joseph down the aisle as the latter’s Chief Bridesmaid in what has been described by netizens in Cross River cyberspace as a show of humility. 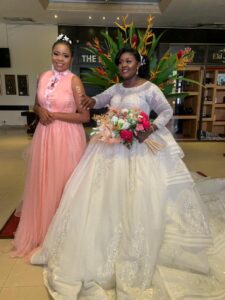 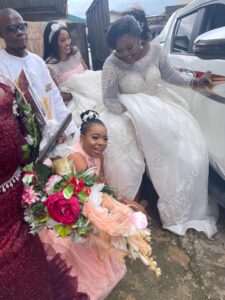 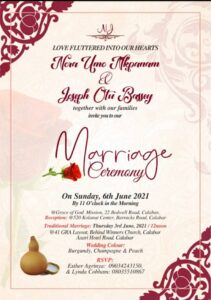 The disposition of Asibong has also been seen as a solid demonstration of both emotional and otherwise support from a boss to her staff.

Perusing through comments of commendation, Asibong is perceived to have stolen the show from the celebrants as almost everyone is seen to be commending Asibong more than they talk about or feature Nora or Joseph. The humility is massive!

Congratulations to the Nora and Joseph Otu Bassey as you both begin the journey of a new family.