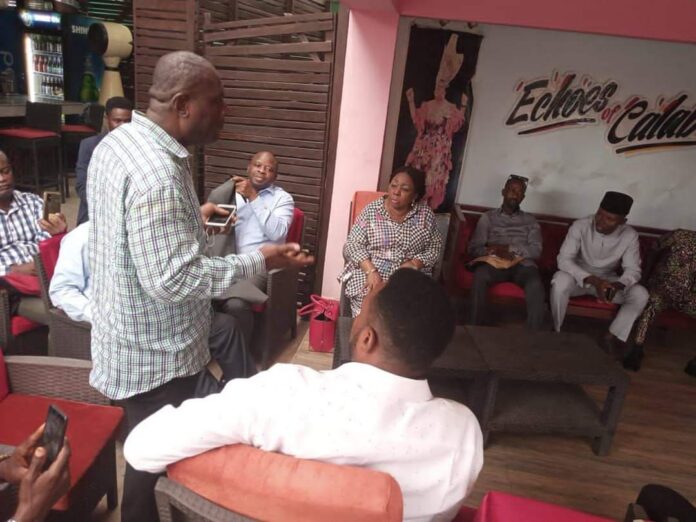 The leadership of the Cross River State, All Progressives Congress, APC resident in Lagos State after series of engagements which ended today in Victory Island have come to a resolve to support the candidature of Senator Prince Bassey Otu as the APC flag bearer.

The group drawn from the various interest and support group under the APC and across the three senatorial district of Cross River State domesticated in Lagos State noted that Otu’s candidature was good for the party and the people at large.

Describing Senator Otu, the group said he is an embodiment of sound leadership might, gifted with the capacity to deliver the fundamentals of democratic dividends to the people.

While pledging to support Senator Otu, the group announced it’s commitment in enhancing and providing the needed logistics for the ongoing voter’s registration so everyone can be part of the process.

“The group is not just supporting the voter’s registration exercise but have also announced their commitment in transferring their voting rights from Lagos back to Calabar so they can monitor and create great impact during the elections” Senator Florence said.