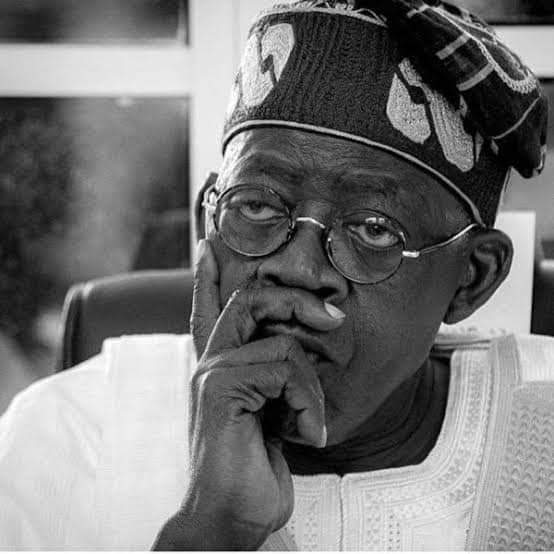 This particular perjury, though morally repugnant, has no disqualifying import, legally speaking. The type of “perjury” contemplated by section 29 of the Electoral Act, 2022, is the type that seeks to circumvent the Constitutional provisions as to qualification; for instance, if the Constitution fixes the age for eligibility to contest for President at 40, and I lie that I am 50 while evidence is unearthed to show that I am actually 60, that will not be disqualifying, for the lie, while opprobrius, has not circumvented the age of qualification stipulated in the Constitution.

But the situation would be different if evidence is brought showing that I am actually 35, but lied that I am 50 or 70, thereby circumventing the 40 years age requirement enshrined in the Constitution. See for instance the Supreme Court decision in JOE AGI, SAN V. INEC, where this clarification was made. 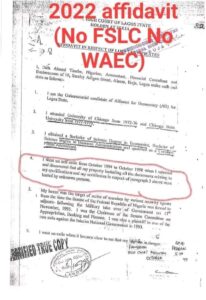 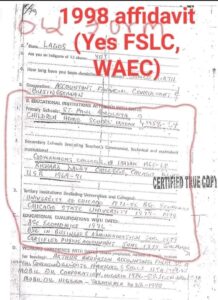 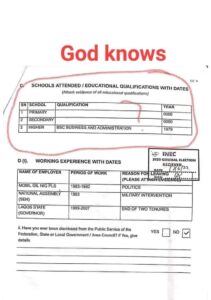 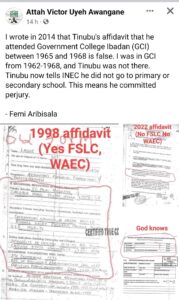 Tinubu’s Chicago degree certificate is therefore some saving grace, until further inquiry exposes that he may have secured admission to Chicago with “procured” secondary school credentials, which might then result in the annulment of the Chicago University degree. But launching that process is way beyond INEC’s constitutional remit.

So, until the Chicago degree is annulled, it will continue to extenuate the “perjury” and the fuzziness contained in his INEC affidavit, being that the degree is way above the qualifying constitutional educational requirement of attempted secondary school certificate.

However, the fuzziness does raise tremendous and disturbing moral questions as to Tinubu’s character!