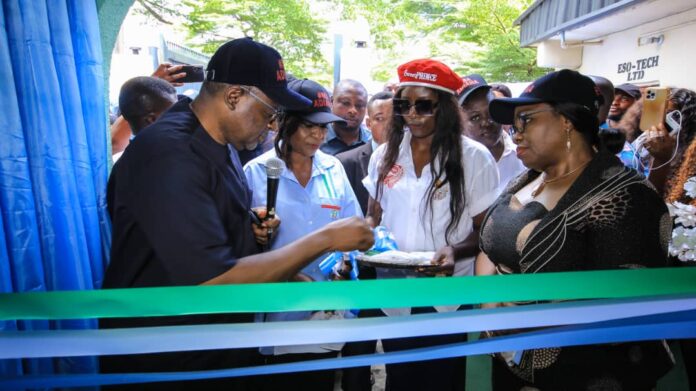 The group is a political support organization pioneered by notable women in support for the candidature of Sen. Otu.

In her remark, Director General of the organization, Mrs. Uduak Spencer Efem said, the organization was established to drive and mobilize support for Sen. Otu campaign across the State.

“Our endorsement and support for Sen. Prince Otu is premised on his proven leadership, experience, intellect and contact. His impact at the National Assembly was unprecedented; his name is synonymous with human empowerment and societal development. He stands the best option to lead our State.”

“Our membership cuts across the three Senatorial district, we can proudly tell you we have a formidable team. We are currently embarking on a voter awareness and registration exercise across the State.”

Speaking further, she said “This secretariat will provide us the needed base to function efficiently and we are happy to have you commission it for use”.

Responding, Sen. Otu thanked the leadership and members of Team Ma Adiaha Solidarity Organization for their support and endorsement.

According to him “women always show the way and I consider myself extremely blessed to have your support. The agility, commitment and strength from the caliber of women here convinces me that the women are ready.

“The time has come for us to build on the foundation that has been laid by Gov. Ayade. Let me give him kudos for taking this state to the direction of purpose. He has put on ground the numbers of industries that no State Governor has done before. It is time to jettison that Party that took us to terrible debts; It is time to forget that party that sold out all our assets; It is time to forget that Party that oppresses the country. In this particular movement, we are looking at self actualization; we are looking at total emancipation. Once more, Cross River State must be heard in Nigeria and that time is now.”

He thanked the Team Ma Adiaha Organization for the voters awareness and registration exercise embarked upon and call on the men to take a cue from what the women are doing. “I want to assure you that my administration will never disappoint you and your labour will not be in vain and together we will celebrate victory”.

In his remark, the Director General, H.E Amb. Soni Abang lauded the women organization for their support and endorsement of Sen. Prince Bassey Otu. According to him “If you have the women on your side on a project, just know that even God has endorsed it and expect 100% success.” 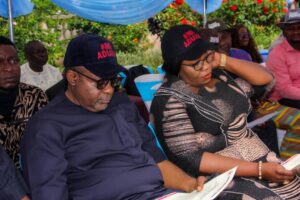 “Women are the fore-runners of great things, with what we have seen today, we know we are ready for the Perigrno. One thing I can assure you is that Cross Riverians will be smiling from day one to the last day of Sen. Otu’s tenure”.

Applauding the women for the gesture, wife of the APC gubernatorial candidate, Princess Mrs. Eyoanwan Otu expressed gratitude to members of the Team Ma Adiaha Solidarity Organisation for their initiative, sacrifice, and solidarity in championing the campaign.

She pledged her commitment to work with the organization for the achievement of their set goals.