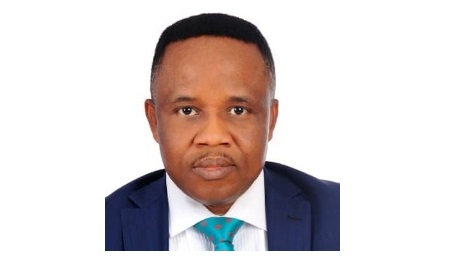 The backdrop to the December 2021 series of protest staged by the Ijaw Youth Council, challenging the presidential appointment of Barr. Effiong Okon Akwa as the Interim Administrator of the Niger Delta Development Commission (NDDC), has sparked numerous reactions from Nigerians condemning the incidents. Notable among these condemnation is a reaction from a community leader in one of the Niger Delta ethnic groups, Elder David Okon the Chair of the Eniong Abatim community.

According to Okon who frowned at the development spearheaded by the IYC, and observed that the sundry indigenous communities which constitute the region should act as one, noted that no Niger Delta ethnicity is more Niger Delta than the other.

His words, ‘The long and short of the whole story is that, for us in Akwa Ibom and Cross River states and most especially my community, the Eniong Abatim, we are not comfortable with such development; Niger Delta region is supposed to act as one. What is good for the goose is also good for the gander.

‘Before now, a certain Minister, still from the Niger Delta, had appointed a woman in such office, and no one raised an eyebrow: People from Akwa Ibom where Effiong Okon Akwa comes from, people from Cross River, and many other right-thinking people did not in any way raised any eyebrow. The woman worked there successfully until a substantive board was appointed.

‘I want some of the disgruntled members of the Ijaw Youth Council (I know it cannot be all members of the IYC) to know that no ethnic group in Niger Delta is more Niger Delta than the other. If you say you are of the minority, thank God for that. But, looking at this very matter, Akwa Ibom state is the highest producer of crude currently in the country. At the last known ratio of production, Akwa Ibom produced more than thirty-one percent, the nearest state to Akwa Ibom is Delta with twenty-one percent. So, what are we talking about. And NDDC is more or less an oil matter.

‘Who fought for even the thirteen percent derivation? It was a man from Akwa Ibom state, the erstwhile Governor of Akwa Ibom state, that is, Obong Victor Attah. He fought and because of that there was a serious collision between him and a former President of this country in the person of Chief Olusegun Obasanjo.

‘Taking all these into consideration, why should people think that the son of an area that produces this much cannot ascend to that position. Most especially, knowing this young man to be a thorough professional.’
Tasking the disgruntled members of the IYC to rather explore litigation as civilised members of the region instead of resorting to violence, said the concerned IYC should allow Effiong Akwa Esq. to change the narrative of NDDC. Okon said ‘As a Niger Delta community, we have no doubt, that the Interim Administrator will turn around the fortunes of the commission for the good of Niger Delta Communities and the country at large. To that effect, we appeal to the conscience of some Ijaw youths and other ill informed trouble makers to give peace a chance by Chief Akwa, a man with an impeccable credentials to change the bad narratives of this interventionist agency to a good one.’

For him, with the appointment of Chief Akwa, the President has once again demonstrated his commitment to ensuring that persons of proven integrity and capacity to perform, man very sensitive positions and MDAs. The Minister of Niger Delta, Chief Godswill Obot Akpabio should be commended for recommending Chief Akwa for the sensitive office.

Chief Akwa’s appointment is a square peg in a square hole. He is a Fellow of the Chartered Institute of Bankers,
Solicitor of the Supreme Court of Nigeria and Fellow Institute of Chartered Accountants of Nigeria. Until his recent appointment, he has held the following positions; Managing Director, Akwa Ibom State, Akwa Savings & Loans Limited, Special Adviser Finance to the Managing Director, NDDC and lately, Interim Executive Director, Finance and  Administration of the commission. He had also unblemishedly worked with many Nigerian banks at management levels.This Distinguished Banker, Accountant, Barrister, Community Leader and Administrator per excellence is happily married with children.

Recently, some members of the Ijaw Youth Council cordoned off a portion of the East West Road, protested to the Office of the Minister of Niger Delta in Abuja.