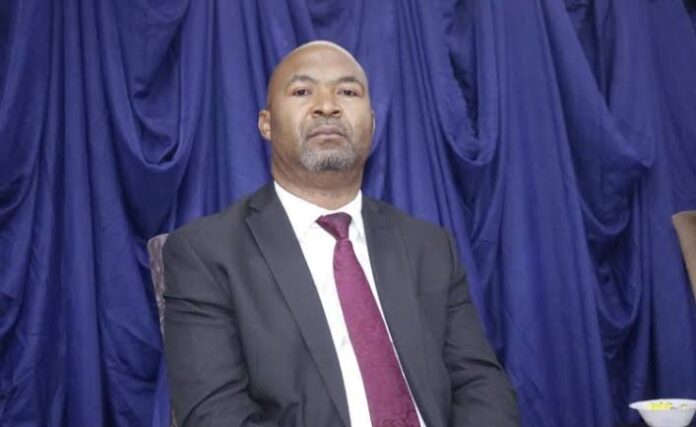 Nigerians have highlighted two implications to the statement credited to the State Government in respect of protesting magistrates in Cross River state capital who have not been paid their remuneration for two years.

According to Cross Riverians who are reacting to the development on social media, declaring the alleged employment of the protesting magistrates, fraudulent implies that the state civil service through the Ministry of Justice assigned illegal magistrates to man the bench. Again, they have observed that, if the magistrates’ engagement were illegal, then all their judgements are a nullity.

Reacting to the issue, Egbula Enya said ‘They were not legally employed and yet for two years they sat in state Government owned court rooms dispensing justice. And even staff of the office of the Attorney General of the state appeared before prosecute their cases. What a state.’ Christian Agbor Snr said ‘I said it that they were not legally employed by the state government. But the question to the state government is, if these magistrates were not legally employed by CRSG, why did the state Judiciary allow them to handle court cases for over two years? Review their case and reinstate them.’ Pascal Manson noted that ‘Anyone still believing the lies and deceit of the Ayade government is an infidel. How true is it that lawyers were employed, documented, posted to various magisterial courts without meeting the requirements. Lies has limit’. King Eteta Ekong Eta IV opined that ‘That automatically means all the cases and Judgement they have dished out remains null and void….All affected individuals should whose cases has been handled by this Judges shld seek redress high court’.

1. File a case against Cross River State Government for absorbing illegal magistrates in her judiciary system to the point of allocating them to her magistrate Courts to delivered services.

2. All the judgements they have delivered while on the illegal services should as a matter of urgency and necessity be declared null and void.

Recall that protesting Cross River State magistrates on Wednesday acknowledged that they were illegally recruited into the state’s judiciary.

In a meeting with the Attorney- General and Commissioner for Justice, Tanko Ashang, the magistrates, represented by their leaders , pleaded passionately with Governor Ben Ayade to overlook every irregularity that had existed and regularize their employments.

They noted that they were merely victims of the irregularities and appealed to the governor to exhibit a fatherly disposition towards them.

Earlier, the Attorney reminded the magistrates that their employment was irregular as it did not have the necessary approvals required for the engagement of any officer into the public service of Cross River State.

He then challenged them to bring forward any approvals that were obtained if any prior to their engagement or take the government to court if they strongly feel they have a right.

Ashang insisted that as lawyers, it was wrong for the magistrates to blackmail government through public protest in other to coerce it into endorsing illegality.

“As a member of the Judicial Service Commission I am aware of the many petitions that trailed that purported employment and the investigations that revealed that some of you do not possess the necessary certification to have been so employed in the first place”, Ashang told them.

Describing the protests embarked upon by the magistrates as blackmail, he wondered why they did not state the correct position to the public but rather choose to whip public sentiments on the matter.

Ashang, however assured the magistrates that he was going to work together with the JSC to regularize all the irregularities that existed while hoping that governor Ayade will exercise his usual deep humanity and give approval to regularize their employment in “the same way he recently regularized the employment of over 2500 staff that were smuggled into the payroll by improper means.”