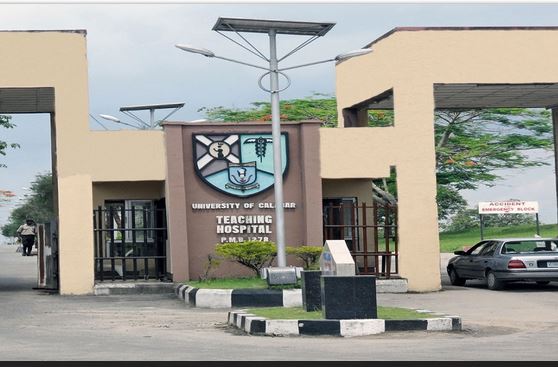 ..says board no longer effective

Amalgamated Union of UCTH concerned workers have called the Minister of Health, Dr. Osagie Enahire, to as a matter of urgency take cursory look into what is happening at the institution NEGROIDHAVEN has garnered.

In a statement made available to newsmen on Monday, signed by Ipole Edom and Theophilus Eyong, they called for the Board Chairman’s resignation because he no longer has grip of the health Institution, describing the board as an appendage of the management of the hospital.

They sighted several issues going wrong at the hospital including high-handedness, neglect of civil service rules, unnecessary litigations against the hospital, using contract staff as head of department.

They further stated that the intervention fund released by the NCDC to the hospital has also been shrowded in secrecy adding that the board was not aware of the current employment that was carried out by the present leadership of the health Institution.

The statement partly read: ” There are so many unresolved issues bedeviling the hospital which has lingered for too long without being sorted.

“We have lost confidence in the board and especially the Chairman, because he boycotts meetings which are veritable platforms to resolve such imbroglio affecting the hospital.

“The issue of appointing contract staff as head of department, staff welfare, suspension of workers arbitrarily without concluding their investigation.

“We are also aware that the board not have the facts as it concerns the recent employment carried out by the current leadership of the hospital, and we demand that the original list that was approved by the Federal Character Commission be made available.

“We hereby call on the Minister to intervene swiftly before things completely get out of hand at the health institution. Our hospital has become a private one whereby clients, patients and relations now attack staff because they are frustrated due to high bills and charges by the management,” they stated.

“We are aware that JOHESU in their letter raised some of the issues in question even though they were not detailed but, the board decided to sweep the matter under the carpet by not addressing them.

In the letter written by JOHESU they said: “We resolve to seek audience with the Board of Management of UCTH, this is to enable us present issues that had been lingering about staff welfare that requires urgent attention to calm down tension in the hospital and ensure non-disruption of service delivery to our clients who deserved prompt and adequate service.

“We want to state categorically that all is not well in the hospital it was high time the issues are resolved to avoid disruption of services will may amount to the hospital loosing revenue,” they stated.

When contacted, the board Chairman, Col. Abdul Waziri said he was not aware of the matters raised as he was only hearing them for the first time, but ask that he should be given time to make further findings about the issue raised.

“I am not aware of the matters you have just brought to my notice, I need some days to get my facts right, call me back on Friday, and I will respond appropriately,” he said. 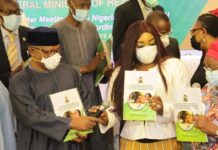