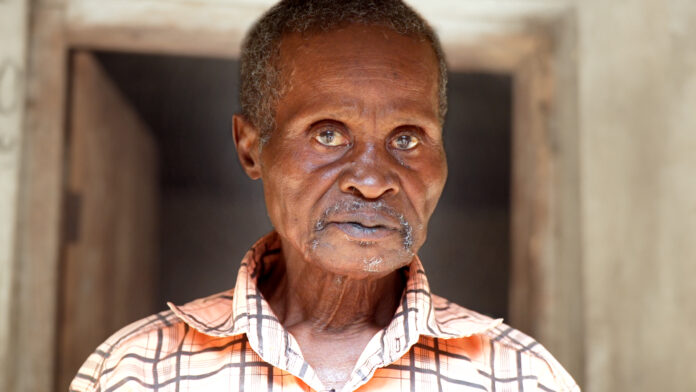 Efika Cletus Lafin, a pensioner who featured in a BBC Africa Eye investigation into corruption in Nigeria’s pension system, has died, according to residents in his village.

He was one of several retired Nigerians who spoke to the BBC about being declared “ghost pensioners”, which resulted in their pension payments not being paid out.

Mr Cletus Lafin told the BBC he had tried to prove that he was alive by travelling to Calabar, the capital of his state, Cross River, five separate times.

But when the film was released on Monday his pension payments had not resumed.

#BBCAfricaEye exposes a corrupt pension system in Nigeria – one that leaves some elderly people sick and penniless, yet grants some politicians inflated retirement packages.

Meet the ‘Ghost Pensioners’ – elderly people who the state declared dead and deprived of their pensions. pic.twitter.com/KpATtWt3Vi

The film, which has sparked widespread discussion across the country about the inefficiency in the pension system, also featured some retired people who said they had been forced to pay bribes in order to receive their money.

A number of Nigerians have gone online to share their own experiences of pension payments being denied, including about pensioners who have died before their pension payments were paid out.

The film also explored the pension packages available to Nigerian politicians, some of whom are entitled to billions of naira and multiple cars and homes.

Cross River state government has made no comment on the findings of the film.