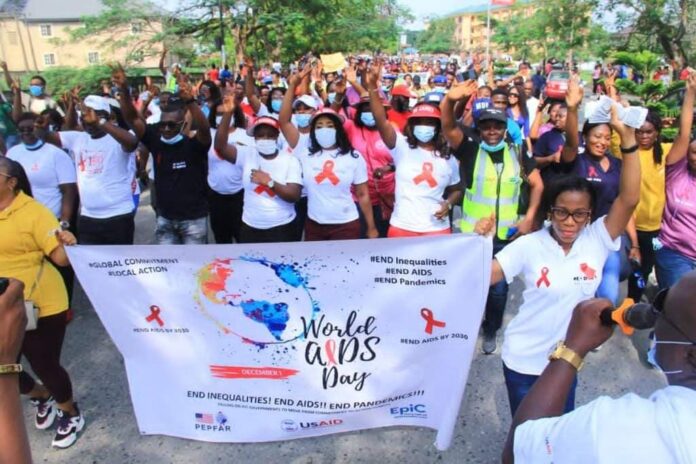 The Governor Ben Ayade-led administration has restated its commitment to exterminate inequalities in accessing antiretrovirals and other healthcare services, HIV/AIDS, as well as the coronavirus pandemic in Cross River State.

Giving the affirmation earlier today in the occasion of the World AIDS Day themed: “End Inequalities, End AIDS through Sustainable Financing,” the State Commissioner for Health, Dr. Betta Edu reassured that the present administration would not rest in its oars to tackling critical health issues for the overall wellbeing of the citizens.

“You will recall that, not so long ago, Cross River used to be the second highest in terms of HIV/AIDS prevalence in the country. But through the concerted efforts of the Ayade-led administration, in collaboration with productive Implementing Partners, the State has turned the trajectory significantly downwards from 6.6% to 2%, with the latest national data showing even further improvement of 1.8%,” Dr. Edu stated.

Conveying her gratitude for the vital role of all stakeholders (especially the Implementing Partners) in achieving such notable feat, the Health Commissioner further enthused: “We want to believe that if we deploy more strategies and shift from facility-based intervention to special groups, key population, community-based interventions, etc, we would be able to drastically eradicate HIV/AIDS from Cross River State. And together we can make this happen.”

The Commissioner also thanked the University of Calabar, under the leadership of Professor Florence Obi, for being a strategic partner and providing the platform to reach out to over 40, 000 students with HIV/AIDS related information, as well as the media for propagating knowledge about HIV/AIDS in the State.

In her speech, the Vice Chancellor of the University of Calabar, Professor Florence Obi said the university community has strengthened efforts geared towards placing people and community first through awareness creation on HIV/AIDS prevention, reprehend discrimination and bridging the gap between people who have access to HIV services and those bereft of such services.

She further revealed that both staff and students will be involved in HIV\AIDS activities in the university through positive activities such as orientation of new students to increase awareness of HIV in the institutions.

Obi noted that the University Community will scale up testing, counseling and awareness campaign among staff and students in a bid to tackle the scourge in the University.

In her remarks, the Director General, Cross River State Agency for the Control of AIDS, Dr. Etcheri-Ella Ansa, thanked the State Government for its efforts in stemming the tides of HIV/AIDS in the State in spite of the challenging realities.

The Direct General pledged her Agency’s resolve to remain steadfast in coordinating HIV/AIDS activities in support of the government’s pursuit of zero prevalence of HIV in the State.

Dr. Ansa also expressed gratitude to Implementing Partners and other stakeholders who have been part of the team fighting HIV/AIDS in Cross River State.

High points of the event in Calabar featured World AIDS Day Health Walk from the University gate to the Institution’s Conference Centre, commissioning of a youth- friendly center and presentation of prizes to winners of HIV/AIDS awareness competition organized by Talent Afrique.

World AIDS Day takes place on December 1st each year, presenting an opportunity for people worldwide to unite in the fight against HIV, to show support for people living with HIV, and to commemorate those who have died from AIDS-related illnesses. 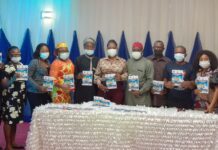 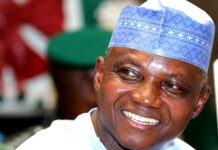 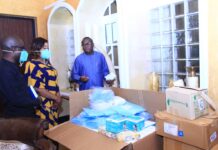