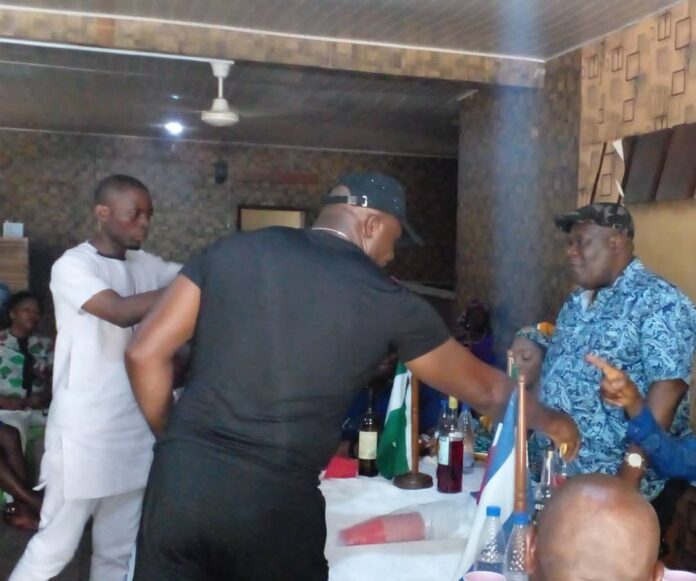 The stakeholders comprising members of the State Working Committee from Municipality, a serving state lawmaker, chapter and ward exco members, former council chairmen and lawmakers and other party chieftains enjoined their House of Representatives member to take another mandate in order to consolidate on his impressive performance.

Speaking at a stakeholders meeting convened to appraise the tenure of the federal lawmaker and chart the way forward for the development of the federal constituency, the stakeholders across the 10 wards of Calabar Municipality, paid glowing tributes to Rt Hon Mbora for his effective representation since he mounted the saddle.

In his opening remark, the PDP chapter chairman, Calabar Municipality, Dr Otop Oqua, commended their representative for his quality leadership which has sustained the party dueing the trying times.

Speaking, a stalwart of the PDP Ntufam Inok Edim, described as massive and unprecedented the litany of projects facilitated by the House of Representatives member since the return of democratic rule in 1999.

He opined that given his pedigree, he needs to return to the National Assembly for the interest of the party and the constituency.

In his opinion, the member representing Calabar State constituency at the Cross River State House of Assembly Ntufam Efa Esua, said his people are impressed and overwhelmed by the tenure of the Rep member.

He listed the projectas to include provisions of electricity, transformers, building of additional classroom blocks at primary schools, construction of health centres, networks of road, erosion embankment to award of scholarships to indigent students, provision of fertilizers and farming inputs to famers.

Others include vocational training for unemployed youths to promote self reliance.

In a motion urging Ntufam Eta Mbora to seek for re-election, a former secretary of Calabar Municipal Council and member Cross River Rural Development Agency, Mr Asuquo Solomon, implored stakeholders to prevail on Ntufam Eta Mbora to contest the 2023 election to represent the Calabar Municipality Odukpani Federal Constituency the Green Chambers in view of his enormous contributions to the socio economic development of the area.

Supporting the motion, a former member of the state House of Assembly and executive member of the immediate past State Caretaker Working Committee of the PDP, Christopher Ekpo Esq, said the decision was imperative to sustain the tempo of development ushered in by the effective representation enjoyed by the people coutersy of Ntufam Eta Mbora.

The motion was unanimously adopted by the stakeholders through an overwhelming voice vote with a pledge of unalloyed loyalty to the PDP.

Responding, the federal lawmaker, Rt Hon Eta Mbora, expressed appreciation for the massive support and assured that the interest of his constituency will always remain sacrosanct as long as he remains in public office.