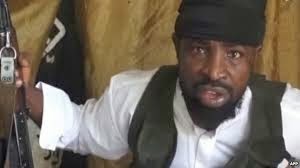 The leader of the Boko Haram sect Abubakar Shekau had threaten Cameroon on you-tube video that the same fate that has befallen Nigeria would soon happen to them.
The video was addressed to president Paul Biya on the 5th of January 2015 after repeated fights in the far northern part of the country.
Shekau had told the president in Arabic “Oh Paul Biya, if you don’t stop this, your evil plot, you will taste what has befallen Nigeria… Your troops cannot do anything to us,”
This is the first time Boko Haram Sect is publicly addressing the president of the country as well as accepting their attacks in the country of Nigeria.
The sect has been believed to have launch attacks on the north eastern part of Nigeria from bases in Cameroon but in recent months there have been increase attacks within the country.