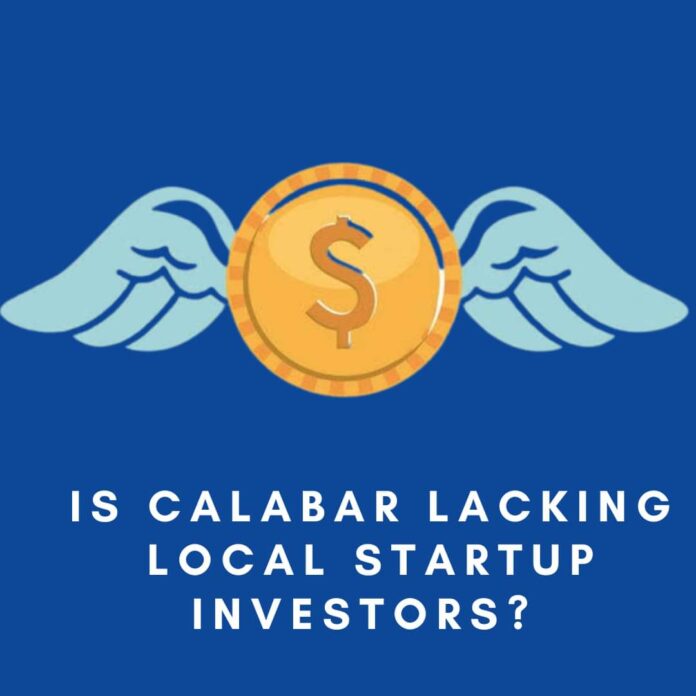 As regards Calabar and the Ease of Doing Business and the attitude of the government to creating an enabling environment, let’s say we all agree that the government has not done much/ needs to do better and again, let’s also agree that Calabar is experiencing huge capital flight on a daily or maybe to be fair because research has not been carried out but for this, lets peg capital flight at 2% monthly or maybe 1%. Let’s narrow this capital flight to tech talents and businesses.

Aside from government policies not been favourable, one thing that contributes to this is access to funding. Young tech talents and tech-enabled businesses with bright ideas struggling to bootstrap from nothing and seeking just little funds to push out an MVP (minimum viable product) to the market, some even succeed to launch but after months and years of struggling due to funding for growth or scale, they pack their bags and move out of Calabar.

The next move is to get a better job in Lagos or probably relaunch in Lagos and boom, get funding from an angel or early start investor made up of private citizens that put their funds together to seek out smart tech business to invest in.

Why are they no private individuals who come together to create syndicate or investment clubs to help fund tech or tech-enabled local businesses in Calabar just like we have in Lagos or Abuja? Surprisingly, it does not take much to invest in some tech ideas what some of these guys need is just between $2,000 – $5,000 to get their product to market. I believe some guys in Calabar can easily afford this plenty guys!!! Or na just Caps? Now my question is, why is it not done?

1. Is it because of how the state of affairs is in the state? Investors uncertainty?

2. Is it because there is no potential market so, investing is a waste?

3. Is it because of government policies?

4. Are there investment groups that exist and if so, have they funded any early-stage startup? If they have is the startup in operation? If no what happened?

5. Is it that no person or group of persons in Calabar can comfortably invest between $2000-$5000 either monthly or yearly into a startup?

6. Or lack of knowledge or desire to do so. If it’s the desire, why so?

7. No worthy startup or tech talent left to invest in? Is this true?

I’m just here thinking out loud because aside from the government, even though we can’t totally leave them out of this as their sole job is creating an enabling environment for people and businesses to thrive, I think it’s time for people who have few resources at their disposal between $2,000 – $5,000 that is not house rent, chop money or children school fees to start helping young tech guys fund their startup at least at an early stage.

You never know what will happen in the end. There are a lot of guys with amazing talent in Calabar, that with just a little funding can create magic. Don’t know them all but great guys like Patrick M. Ndifon II and Okorn Okorn (shout out to you guys for holding the ecosystem down). Imagine an investment in Efio-Ita Nyok’s NegroidHaven, Frankie Ifop’s ParadiseNews or Ukorebi Esien’s Dailynewsng (With a decent investment, these guys can even merge to build a powerhouse media company like HuffPost, Politico or New York Times and scale beyond Calabar). How it can scale to compete with Pulse, Legit and other new media platforms in Nigeria.

*Nigeria Vs Investments…
While I fully understand the investment challenge in Nigeria at large, I’m aware that funding also exits in Nigeria and a lot of startups are accessing these funds however, it is within a region of the country with Lagos leading greatly. And it’s also the same around the world that’s why Silicon Valley is the most-talked+about-place-in-the-world as regards tech funding just like Lagos is in Nigeria. My focus is why are people who can afford between $2000-$5000 in Calabar not coming together to try to replicate what’s happening in Lagos? Why can’t Nyok have someone invest in his platform in Calabar having had traction and existed for over 3 years. Is Nyok the problem or like you said, the local investor’s mindset or are there too much Nyoks that they are all competing for a small investment? Frankly, Nigeria has received quick huge funding in the startup industry both Local and Foreign but a lot is needed but to access these funds: you’d need a great product, a great network that can grant you access to investors. That’s how Lagos operates. What about Calabar? Or should all tech talents and business migrate to Lagos to compete for investments? Nyok needs to scale and scaling needs money. Can’t local investors be funding him to get the attention of the Lagos big funds or should he move to Lagos and look for investors there? Which is another kettle of fish.

*Why Investors are more Confident to Invest in Startups in Lagos than Calabar?…
I will give you one reason although there are many. One reason is that they don’t know you. They don’t know your startup exit or if there is even anyone who can develop that stays in Calabar. That’s facts. I’ve been in rooms with investors and when you hear them speak you fit cry. My brother Efio-Ita Nyok was with me 2 years ago when we had a meeting with the Lagos Angels Network founder during a session. He can attest to what he said. My brother Paul Ayuk can give a seminar on this. As far as they are concerned, nothing is happening there. The question they always ask is who is in Calabar? What’s happening there? Sad but that’s the reality. It’s not just because it’s Calabar but that’s how some Lagos investors and tech people think about most states in Nigeria. For them, Lagos dey pop and it is enough market to conquer or offer service to so why worry? It’s funny and a myopic way to look at things but that’s the reality on the ground. Major Startups doing numbers in Lagos that are not even worried about Calabar. Local knowledge is important to invest in the people and the product that’s why and if guys in Calabar will come together, this will be solved to a large extend.

There something to learn here or am I just typing because of the breakfast I just had that’s so refreshing that my head is turningoninown? Interested in your takes in the comments section.

THE DAY I CAUGHT MYSELF HAILING MUHAMMADU BUHARI! 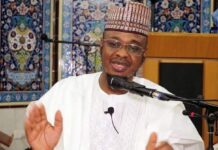 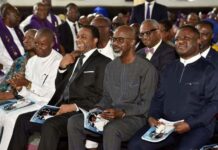 Ayade takes on Imoke, Duke in a Supremacy Battle

Women group-SWS seeks to be involved in decision making for growth...